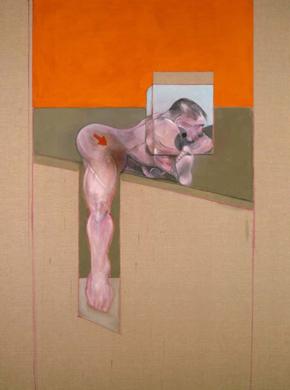 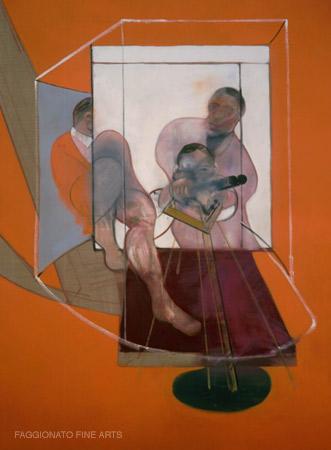 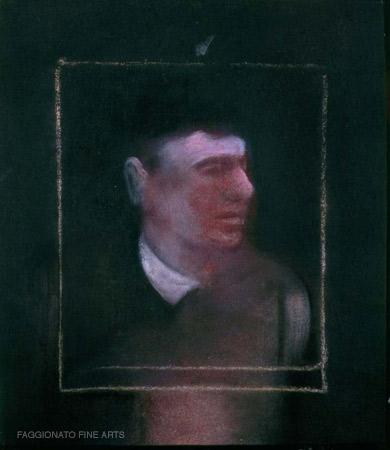 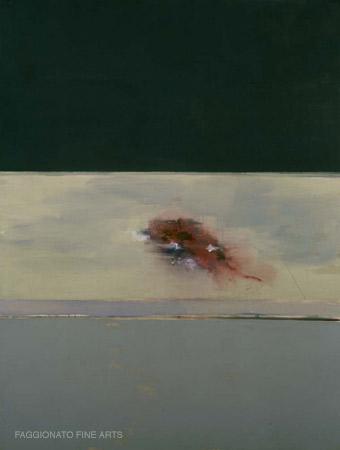 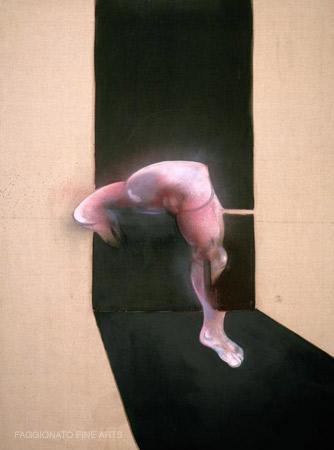 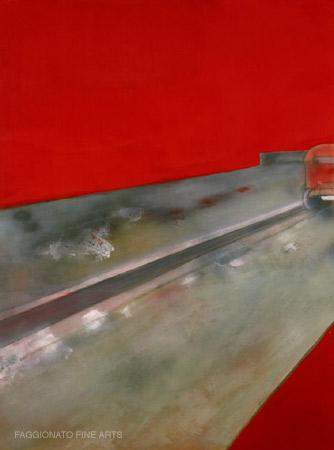 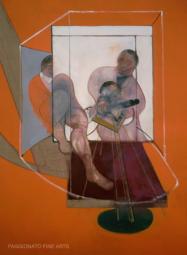 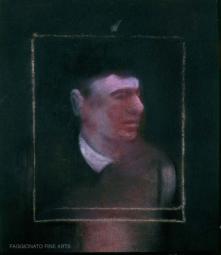 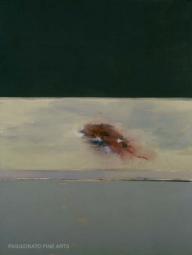 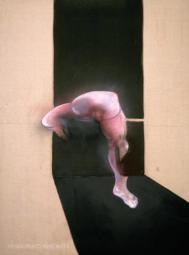 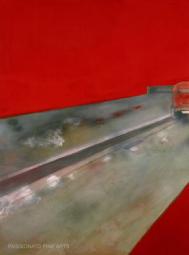 FRANCIS BACON Paintings from The Estate, 1980-1991 Exhibition from 25th June until 26th August 1999 Faggionato Fine Arts, the European and UK representatives of The Estate of Francis Bacon, are pleased to announce the forthcoming exhibition, Francis Bacon,Paintings from The Estate, 1980-1991. The exhibition opens on 25th June and will be on view until 26th August 1999. Faggionato Fine Arts has selected 8 pictures from the Estate (five of which have never been shown), that span the last 11 years of Bacon’s career. “Our decision to show this particular period of Bacon’s work was to illustrate how, to the last, he never became complacent. He continually pushed the boundaries, both in the way he painted and the toughness of the subject matter. In two of the works on show, Study from the Human Body 1987, there is a brutal focus on the male genitalia and Painting 1980 depicts three men with a shotgun which according to John Edwards was inspired following an incident with the notorious Kray twins”. Says Gérard Faggionato. However in contrast to the work in the sixties and seventies, his portrayal of the human body in these late years takes on a celebratory form. His lines have a sculptural edge to them and his figures, rather than appearing grotesque and animalistic, become icons, reminiscent of classical Greek sculptures. The powerfully muscled male torso, in Study from the Human Body 1987 and the thigh and lower leg depicted in Study from the Human Body 1991, (painted a year before his death), show the delicacy of the paint and the elegance of the long straight lines, a feature that becomes a signature of the later works. It is as if the inner torment in Bacon has subsided, and has been replaced with a certain lyricism. The works in the show illustrate how in the last ten years Bacon keeps detail to a minimum; everything is pared down, leaving a highly stylised, and simple grandeur as in Portrait of John Edwards, 1988. Bacon painted few landscapes devoid of any human or animal presence, however the show also includes two ‘urban landscapes’ – Blood on Pavement, circa 1988, relating to the now well known anecdotal story told by John Edwards, of the blood left on a pavement after a club brawl. Possibly the most unusual of all the works in the show is Street Scene with Car in Distance, circa 1988 - depicting a car speeding down an American highway . Supporting the exhibition is a 48 page colour catalogue with a text, “Points of Reference, Francis Bacon and Photography”, by the leading photography historian and critic Martin Harrison, whose recent books include David Bailey, Archive One and Young Meteors: British Photojournalism 1957-1965 Please click on PDF file below to download printablle version.

How Francis Bacon’s chaotic studio itself became a work of art.

What's on in London