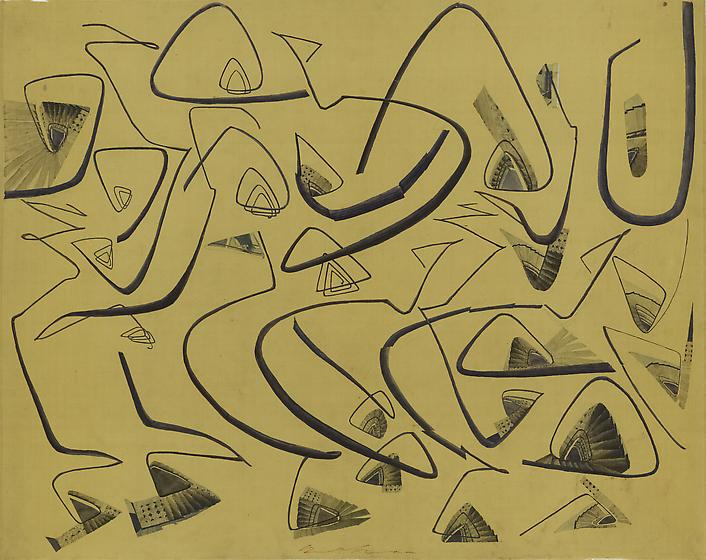 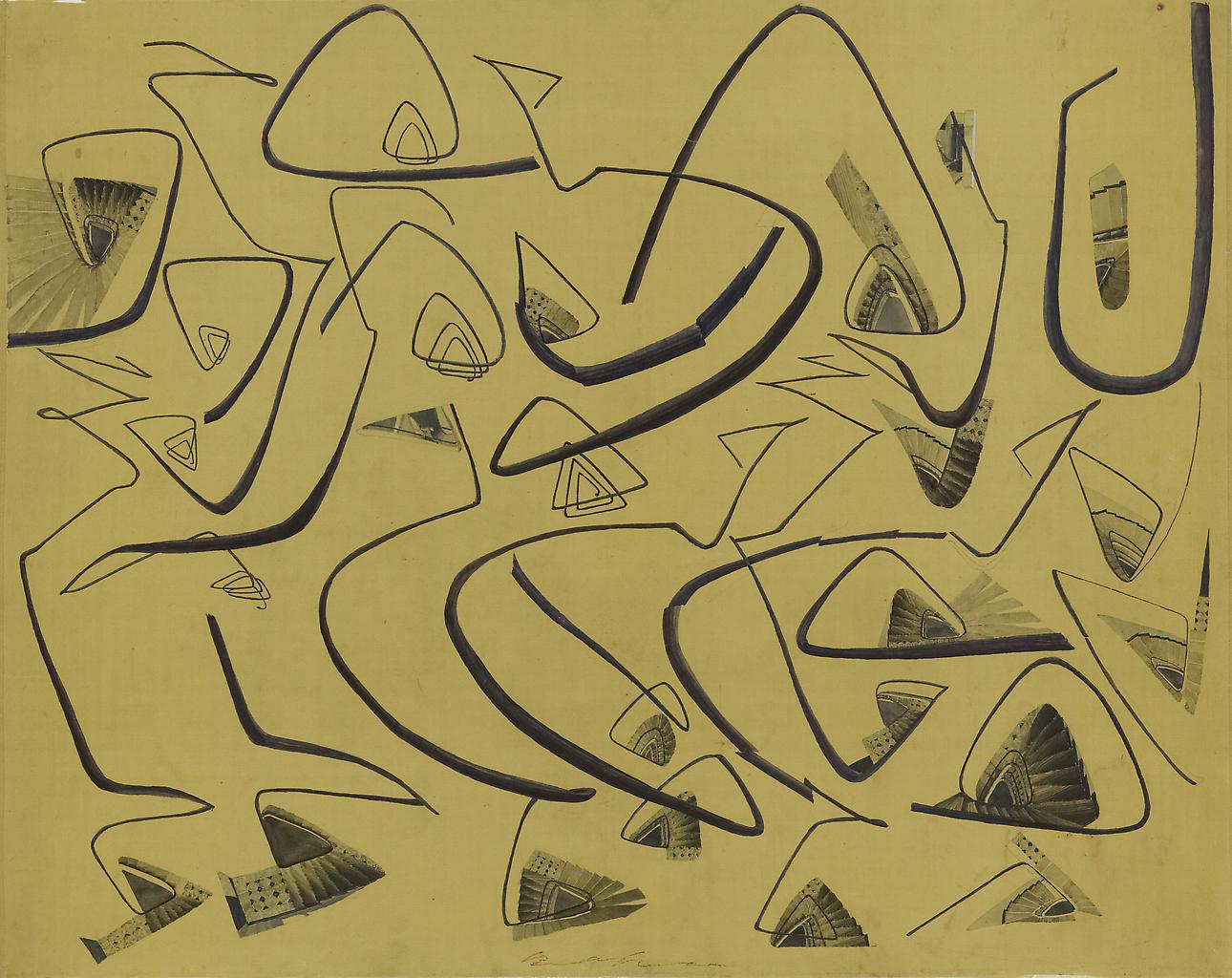 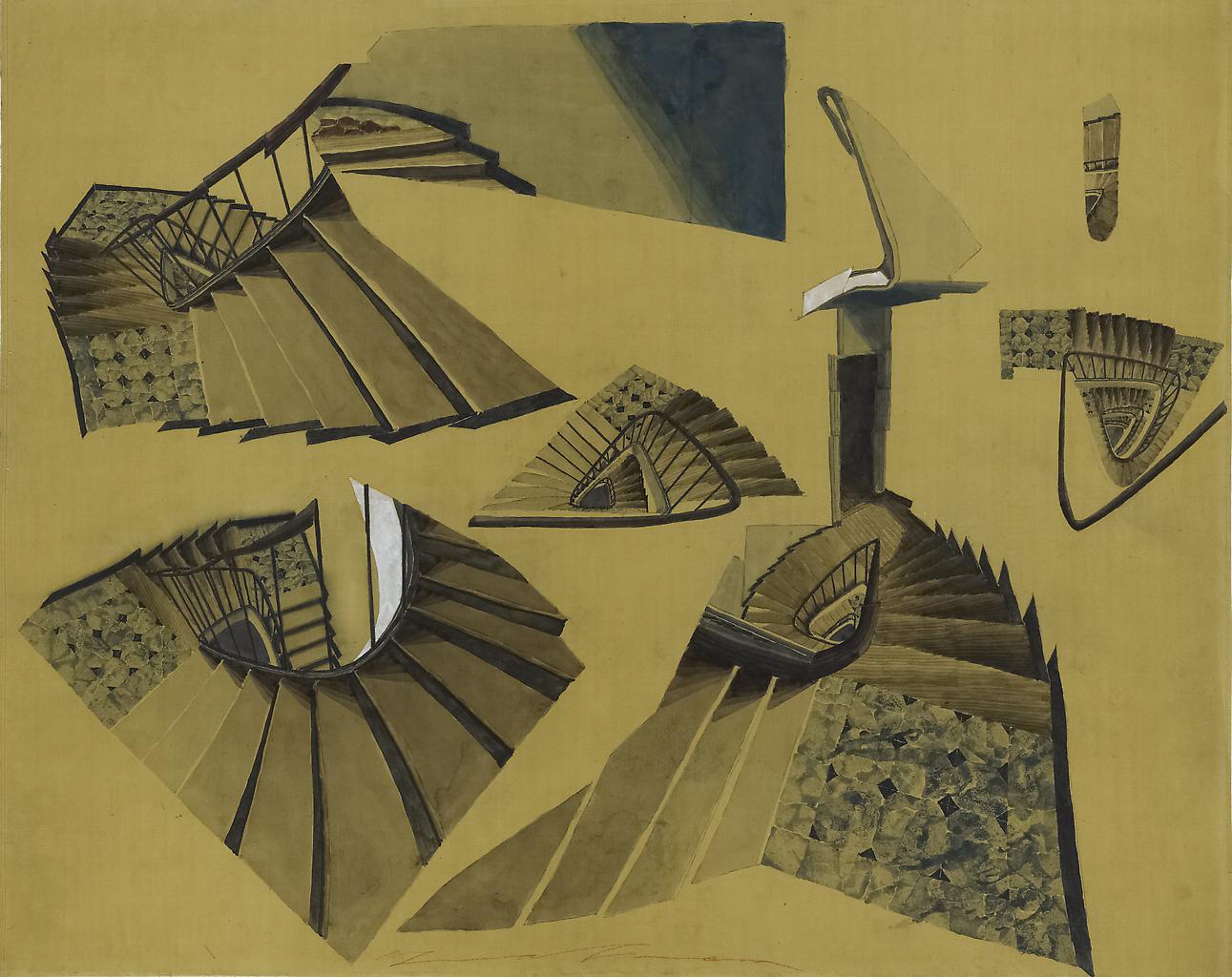 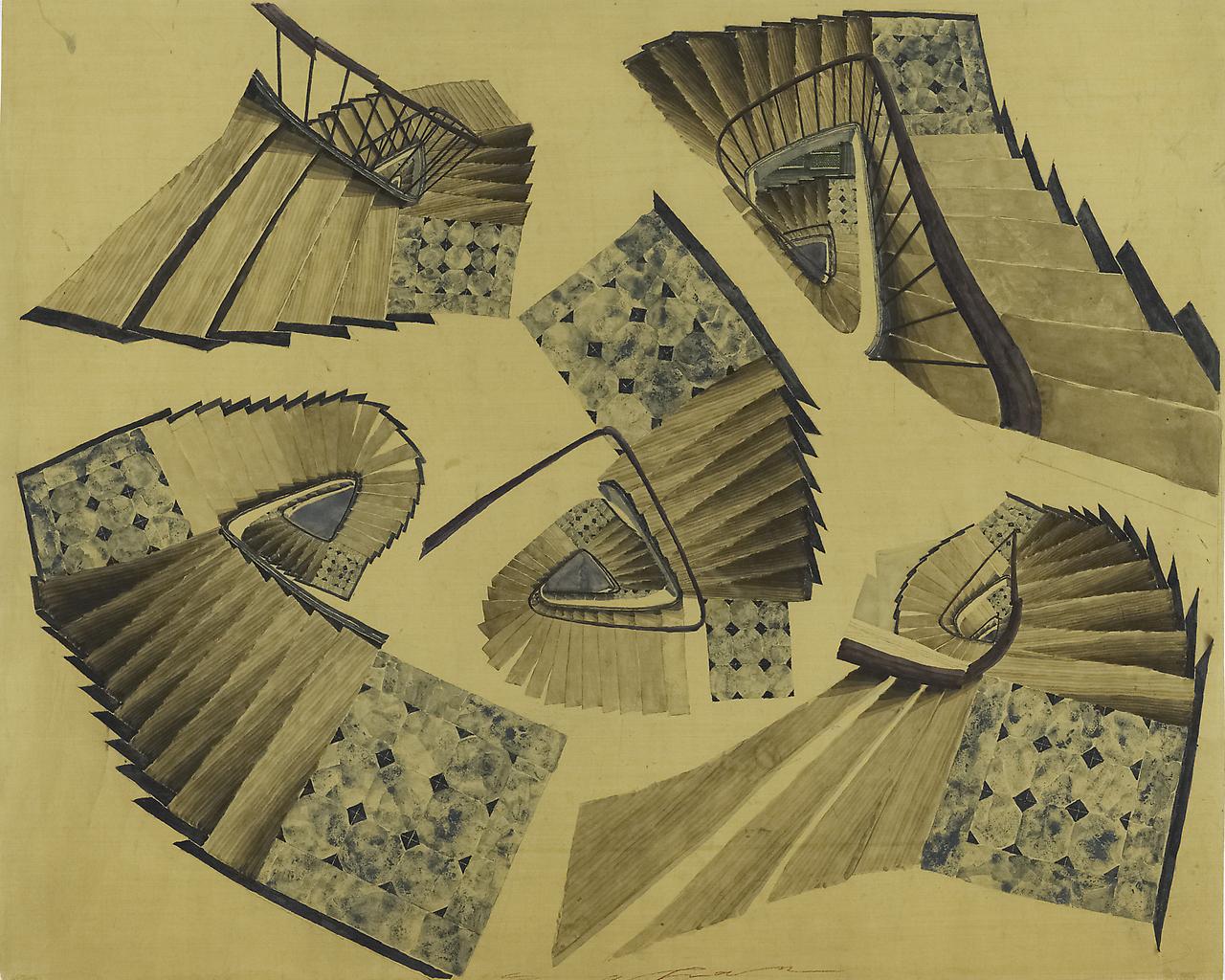 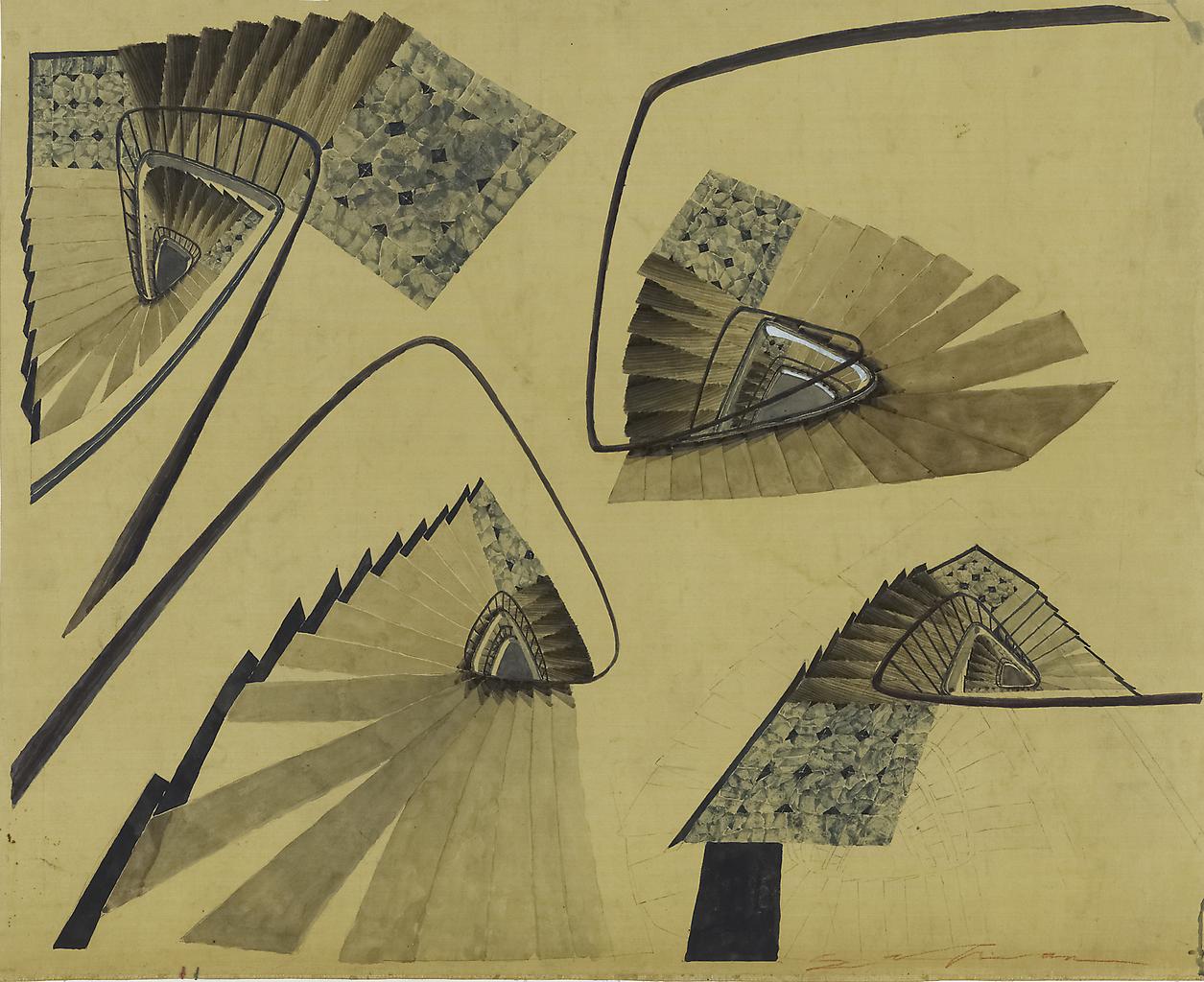 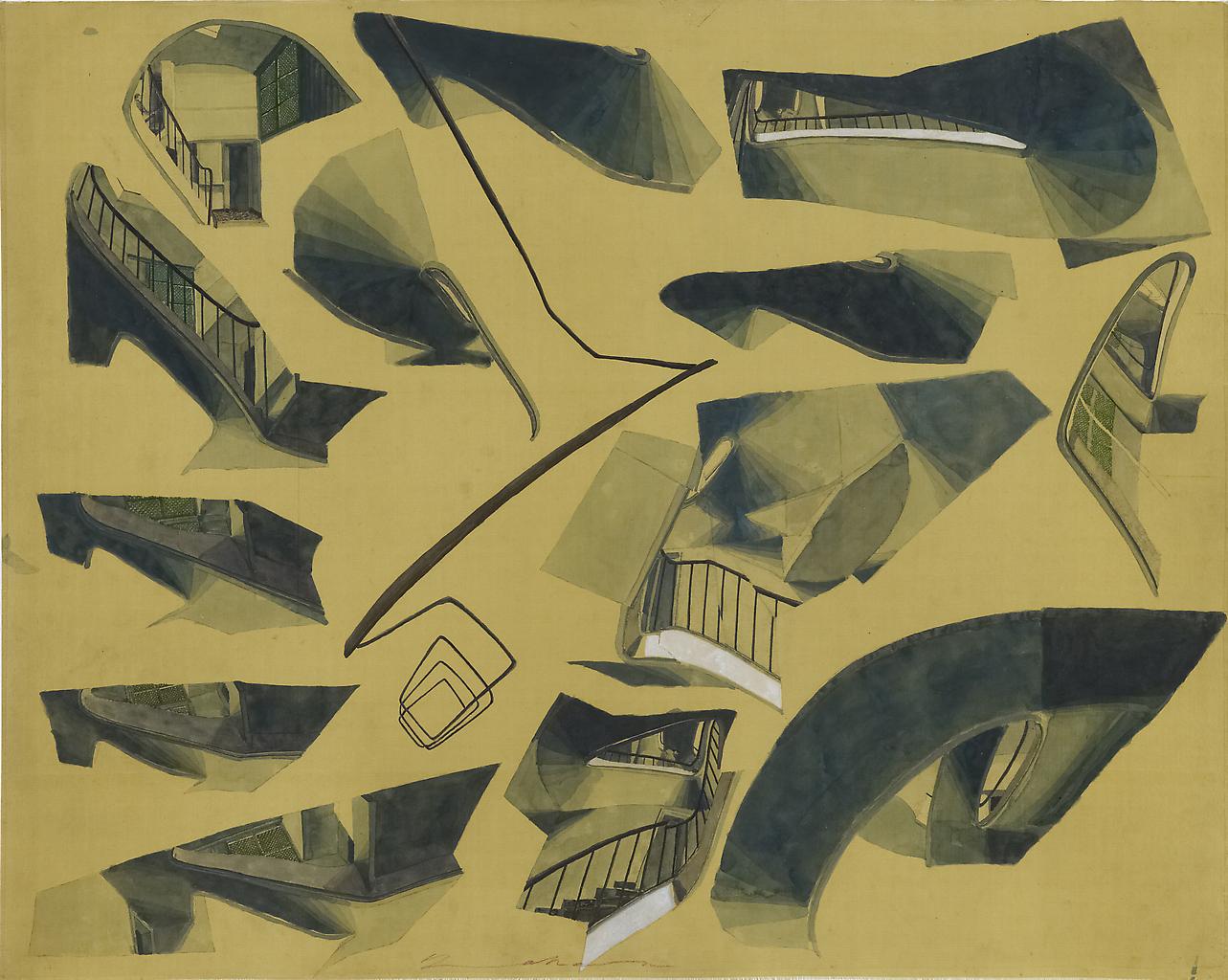 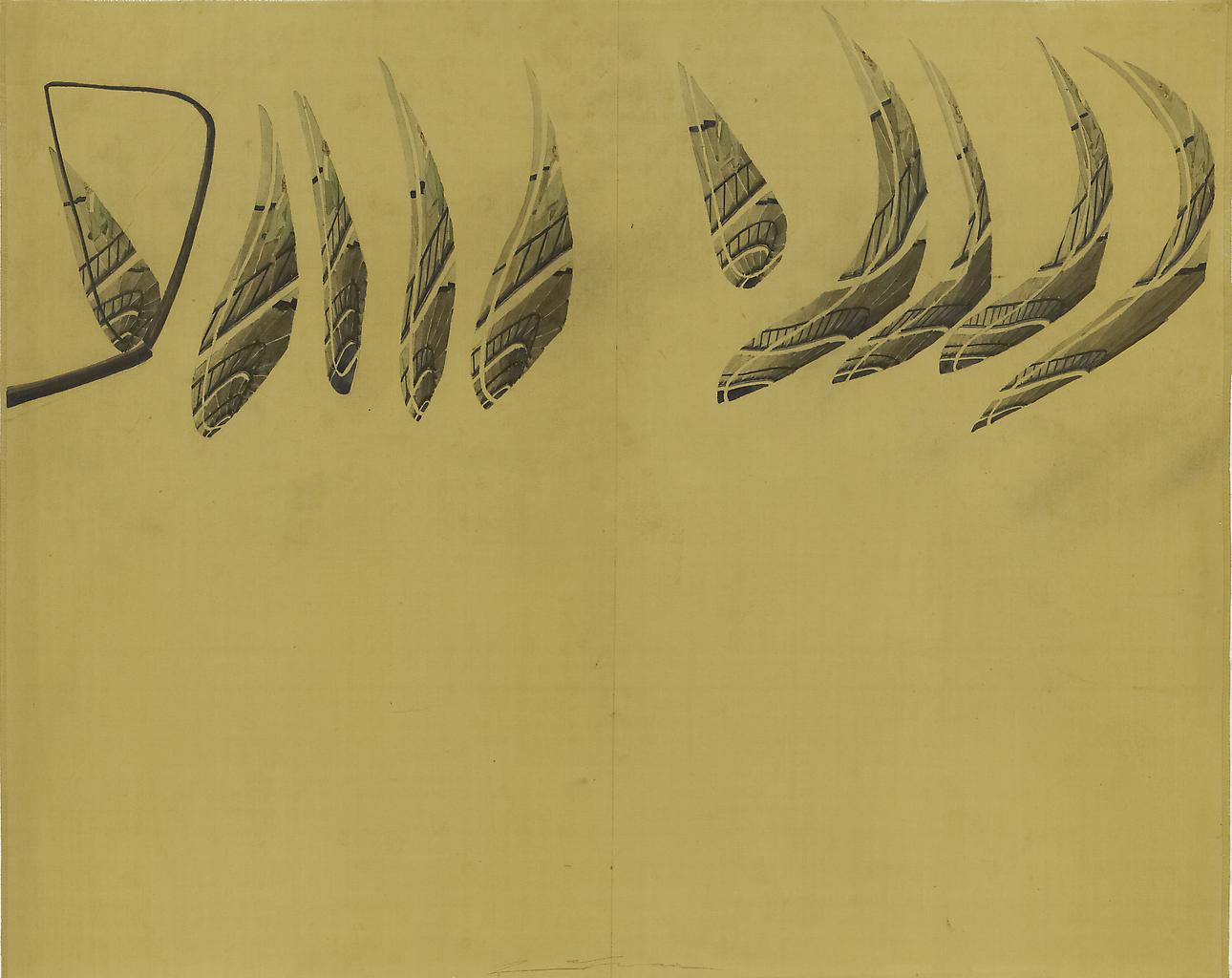 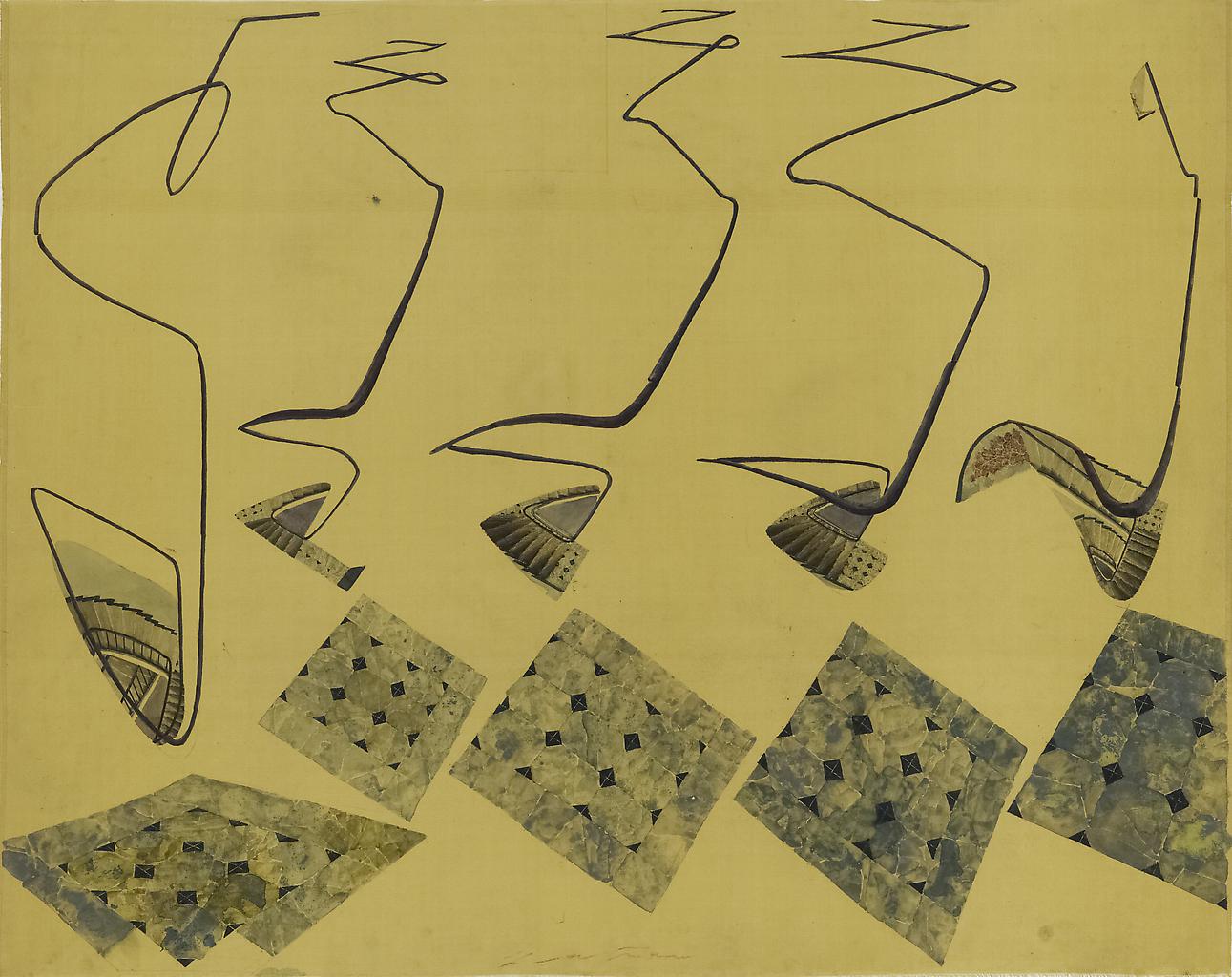 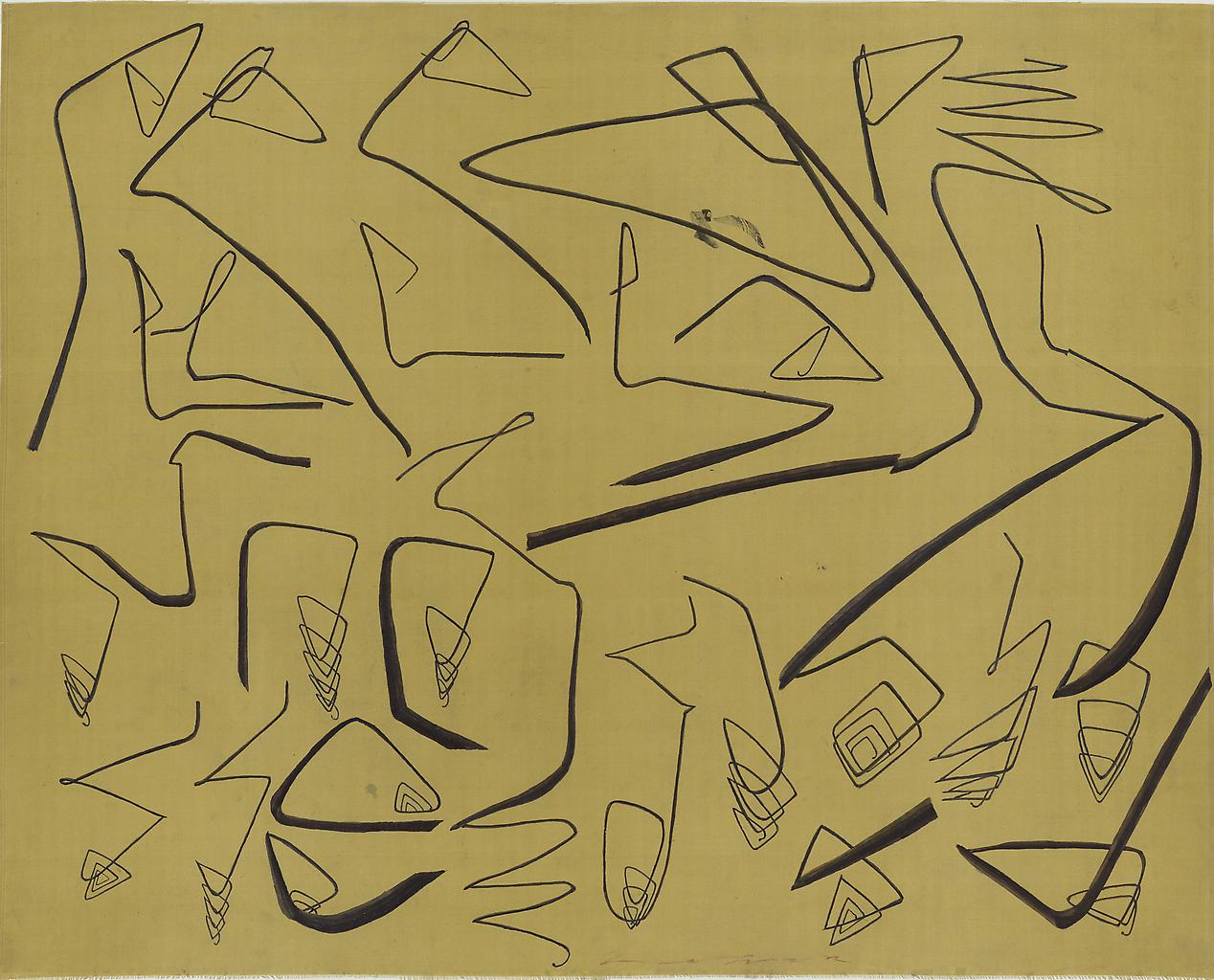 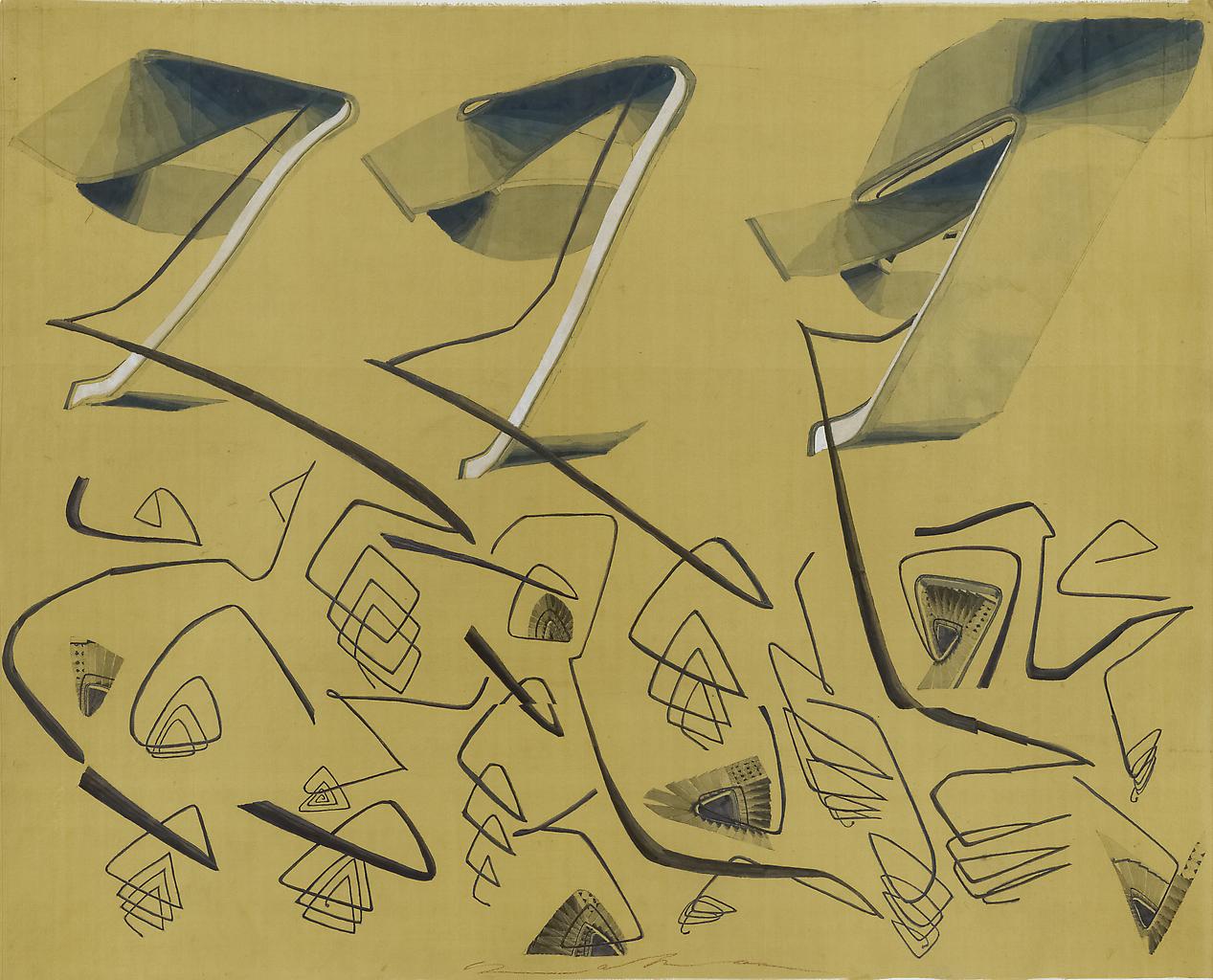 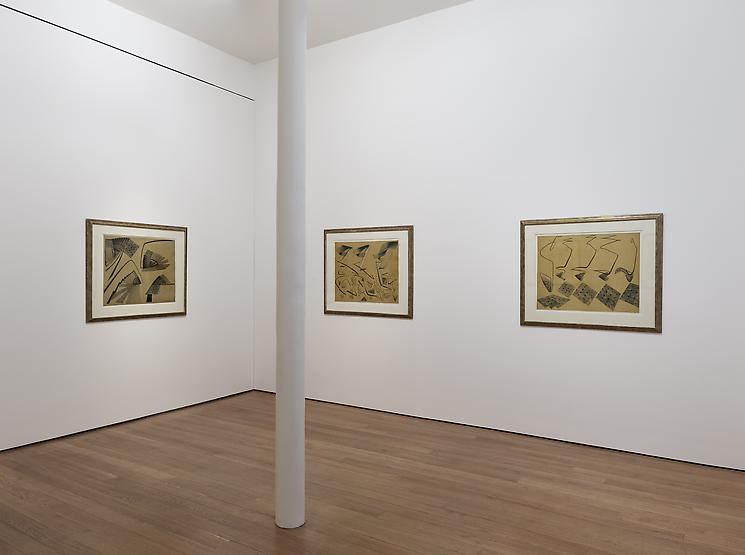 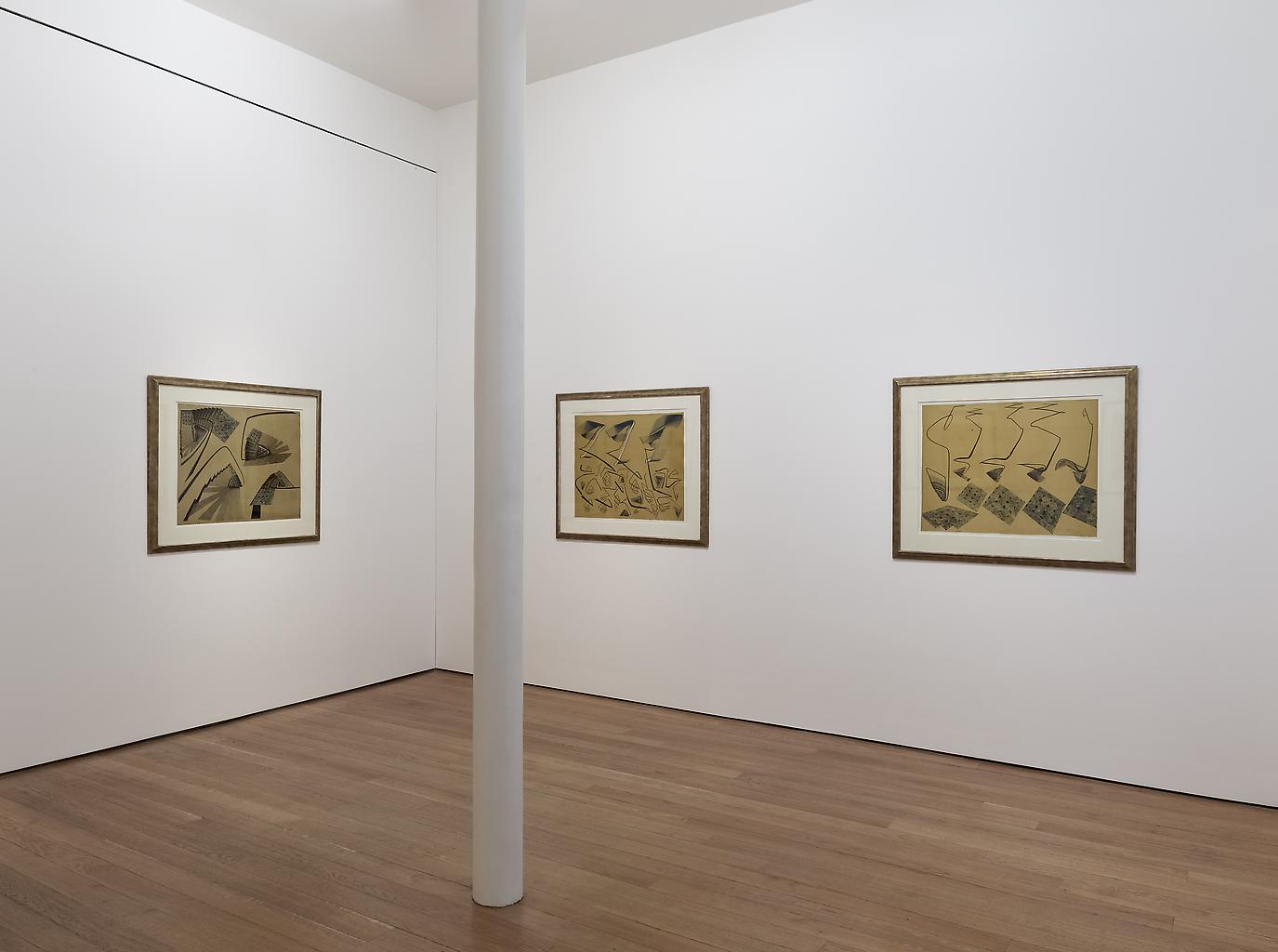 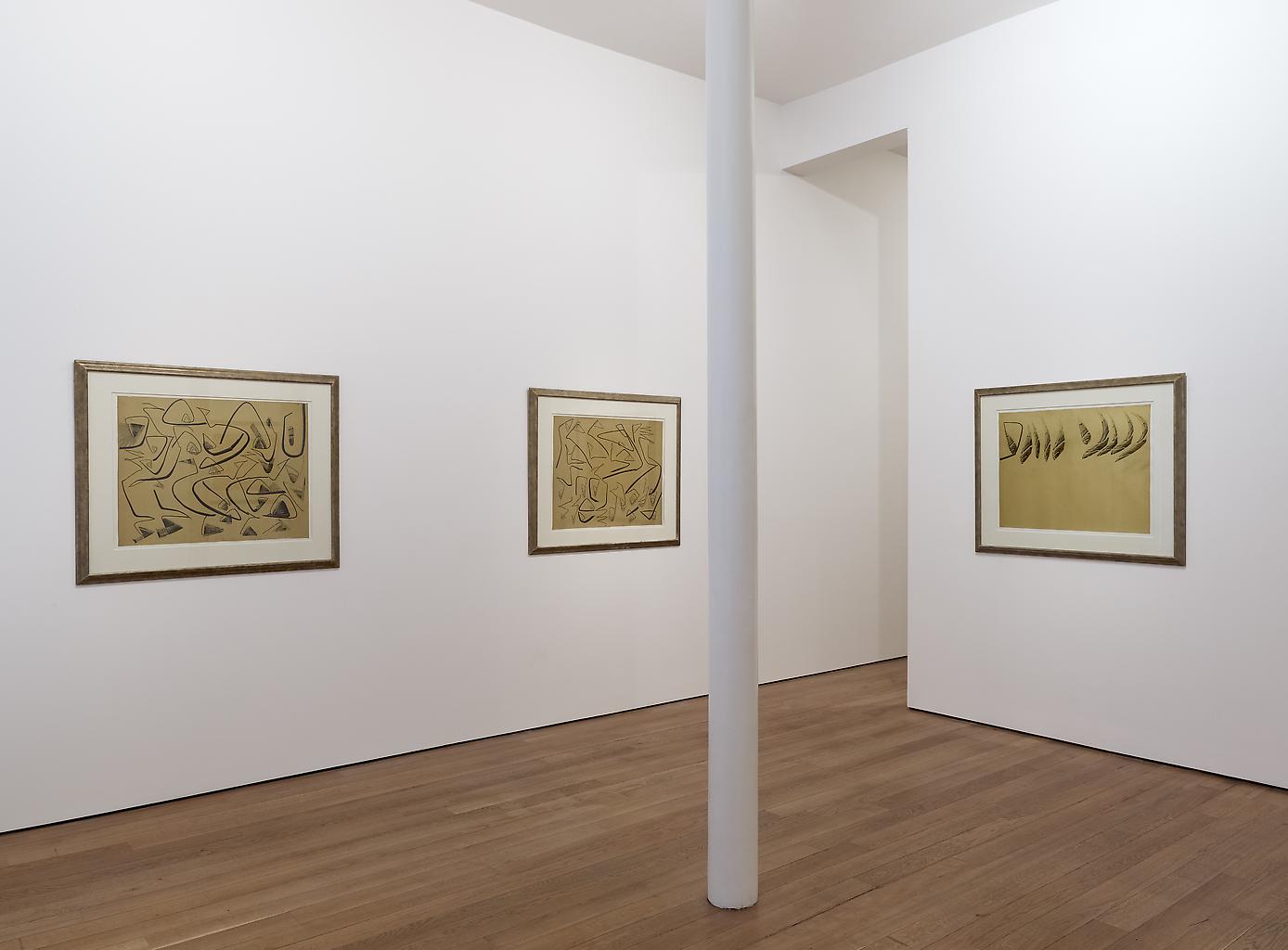 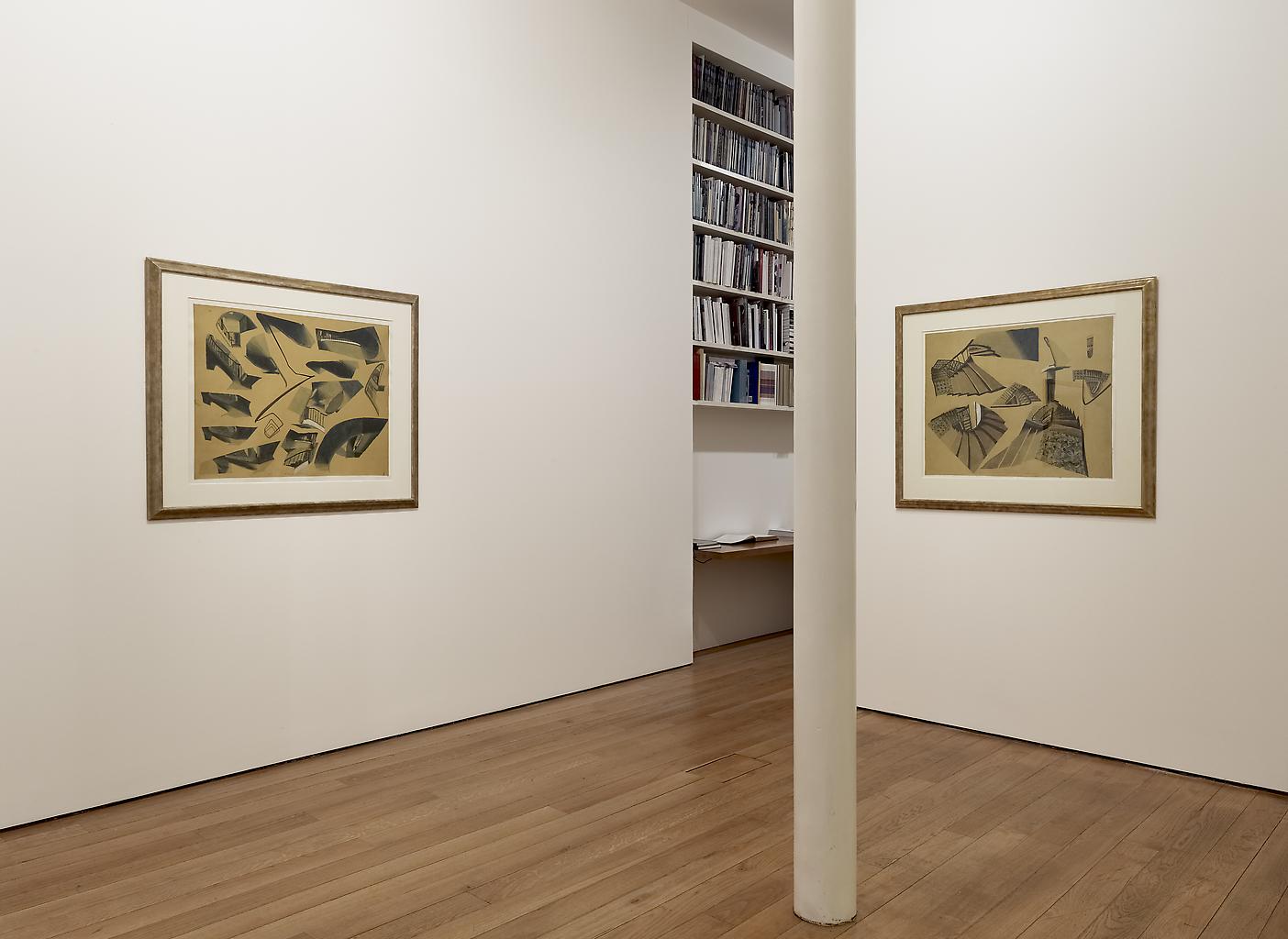 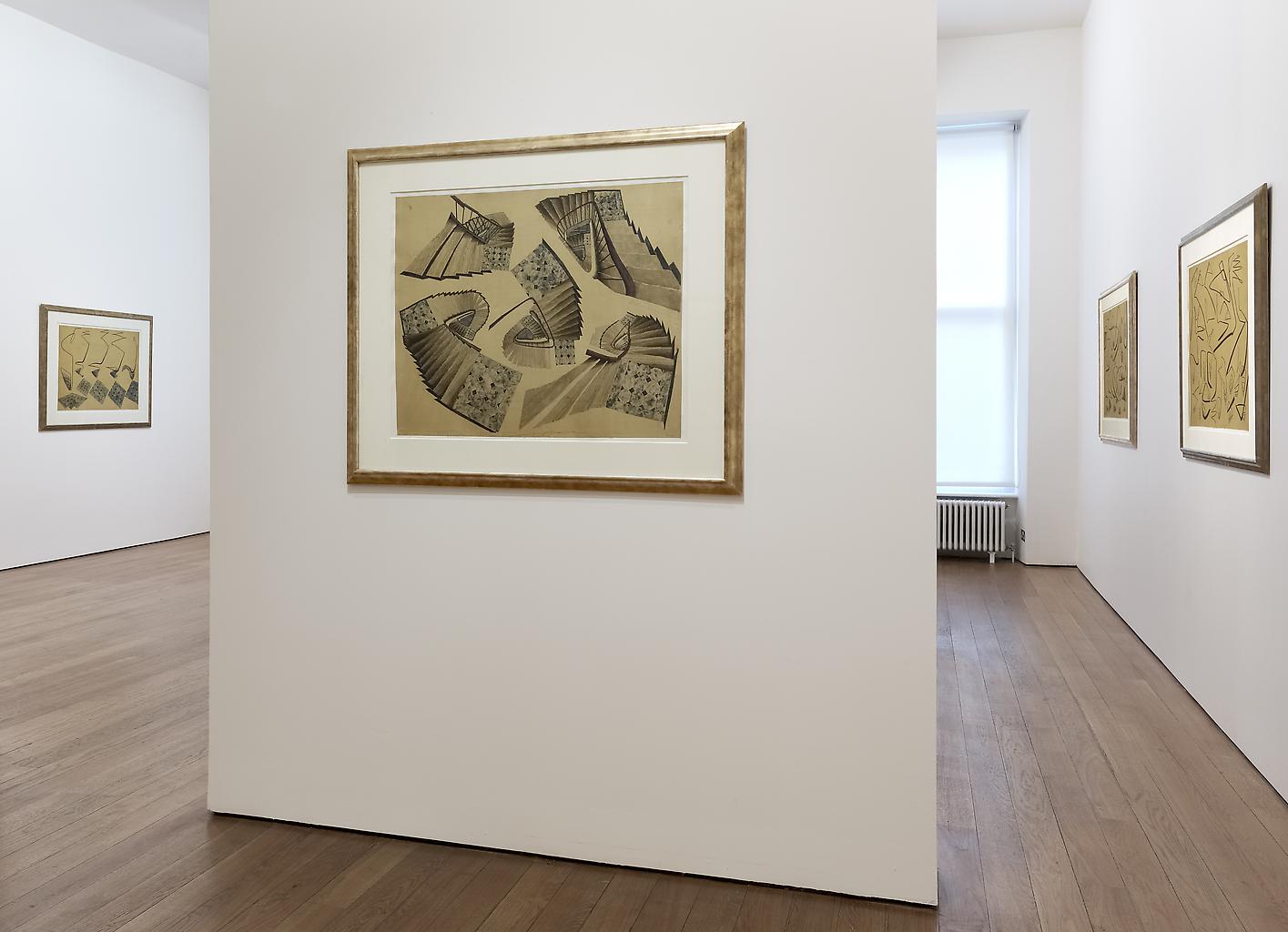 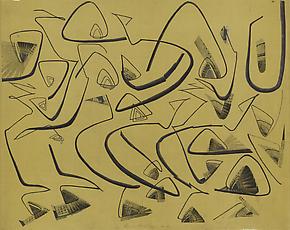 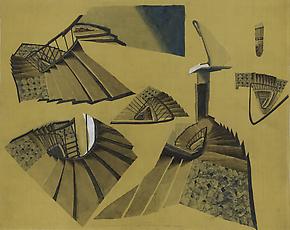 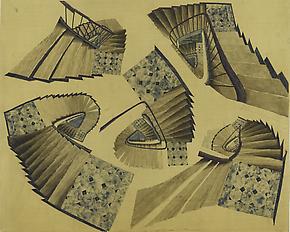 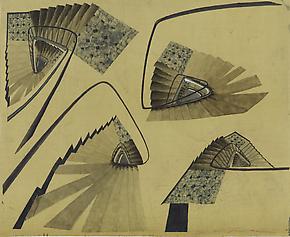 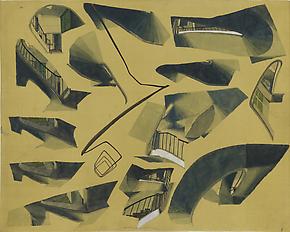 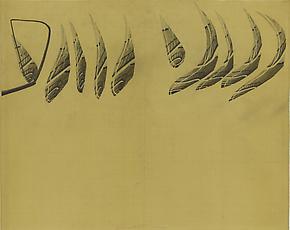 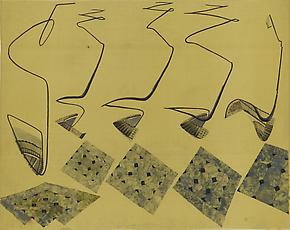 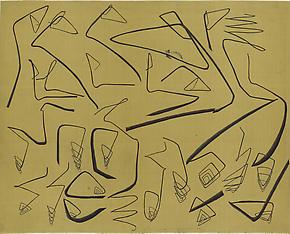 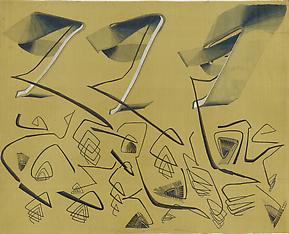 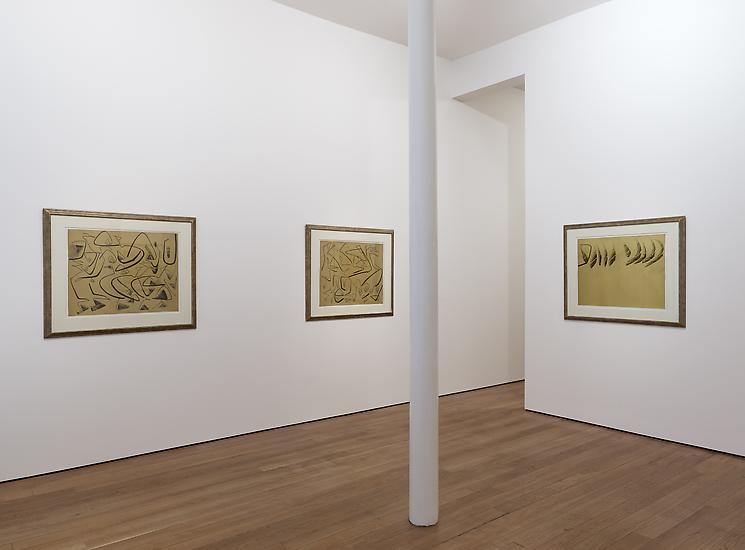 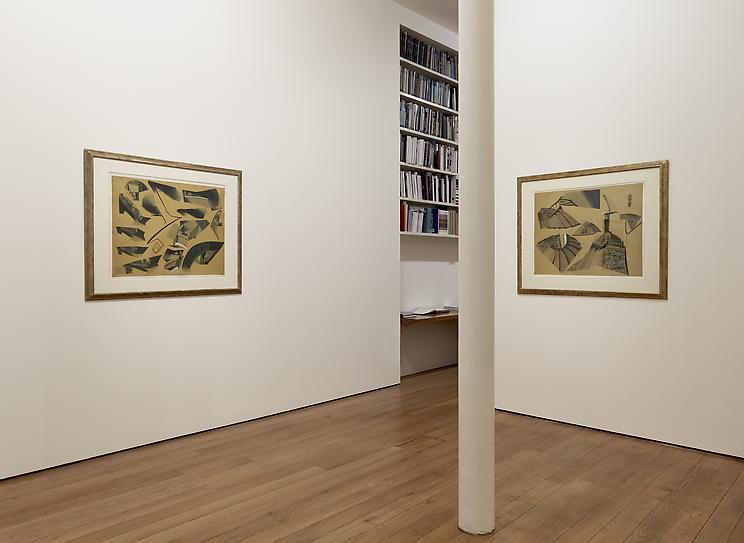 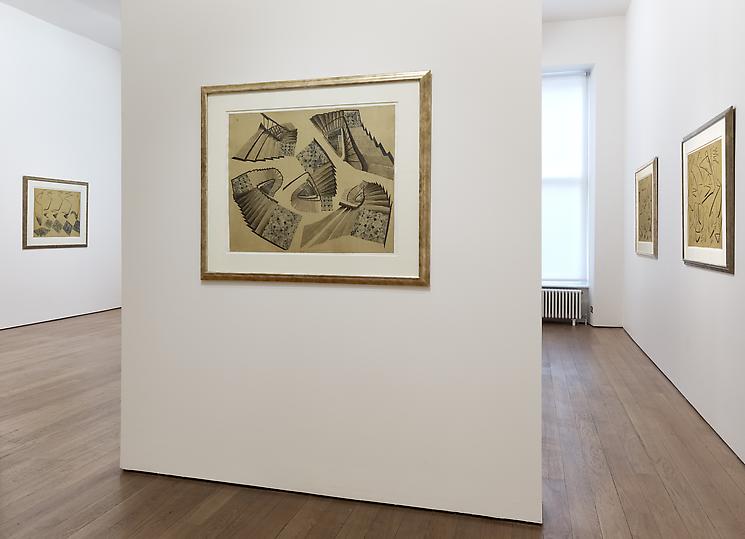 Faggionato Fine Art are delighted to present the first UK exhibition of works by Sam Szafran.

Born in Paris in 1934, Szafran’s work has been exhibited extensively in France since 1965. Venerated in France for his unique and distinctive style, he is known for a technically precise and obsessive investigation of a narrow range of subjects.  Sitting apart from the mainstream 20th century art movements in Paris, Szafran’s work is both figurative and introspective. He focuses on single interior scenes, concentrating on the same space in series of obsessively repeated studies, which gradually dismantle their subject through shifts into Szafran’s ‘false perspectives’ and ‘ocular distortions’.

The ten works exhibited at Faggionato Fine Art are all watercolours, painted on silk, and focus exclusively on a single architectural subject, a spiral staircase in the apartment building at 54 Rue de Seine, Paris.  Szafran became preoccupied with the staircase in the 1960s, and spent months photographing and making pastel drawings of its multiple perspectives, attempting to capture the sense of vertigo, and a more general terror of space and ‘the void’, he felt looking down the stairwell.

Following a long fascination with the staircase motif, in the 1990s Szafran began a new exploration of the escalier at 54 rue de Seine based on his memories and photographs of the site.  In these works, the relationship between the fragile Chinese silk and the translucent glazes of subtly toned watercolour plays into the evanescent qualities of memory and perception that underlie the paintings.  The images in the series progress through a sequence of compositions in which elements of the staircase float in space, or are assembled disjunctively together, creating graceful formal abstractions. In some works the stairs are rendered as delicate fans or tonal graduations, while in later works only the banister rail remains, the staircase reduced to a single line following a rhythmic sequence of turns and returns, stretched into expanded loops like a pulled watchspring.

Although the images seem to become increasingly abstracted, the constant recurring presence of a figure on the stairs, his hand on the flowing rail, anchors the image in a figurative reality, and reminds us that the compositional reduction is not a metaphysical process of abstraction - reducing the representational to its psychologically affective components - but instead one of concentration: through repetition and reduction, discovering the essential visual structures of the subject.