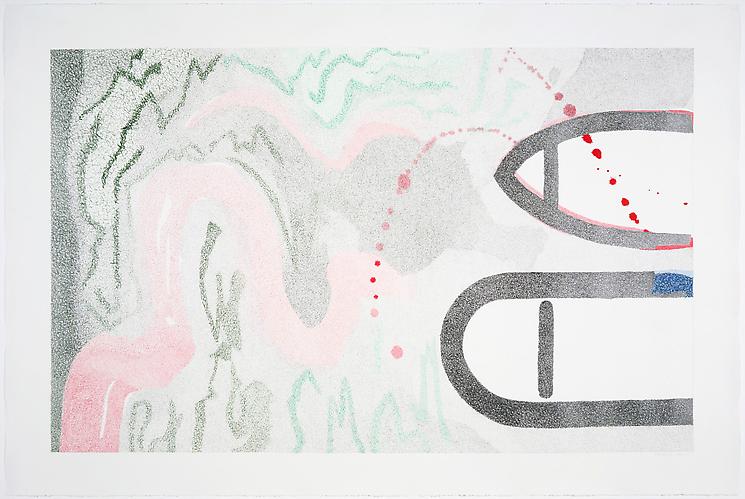 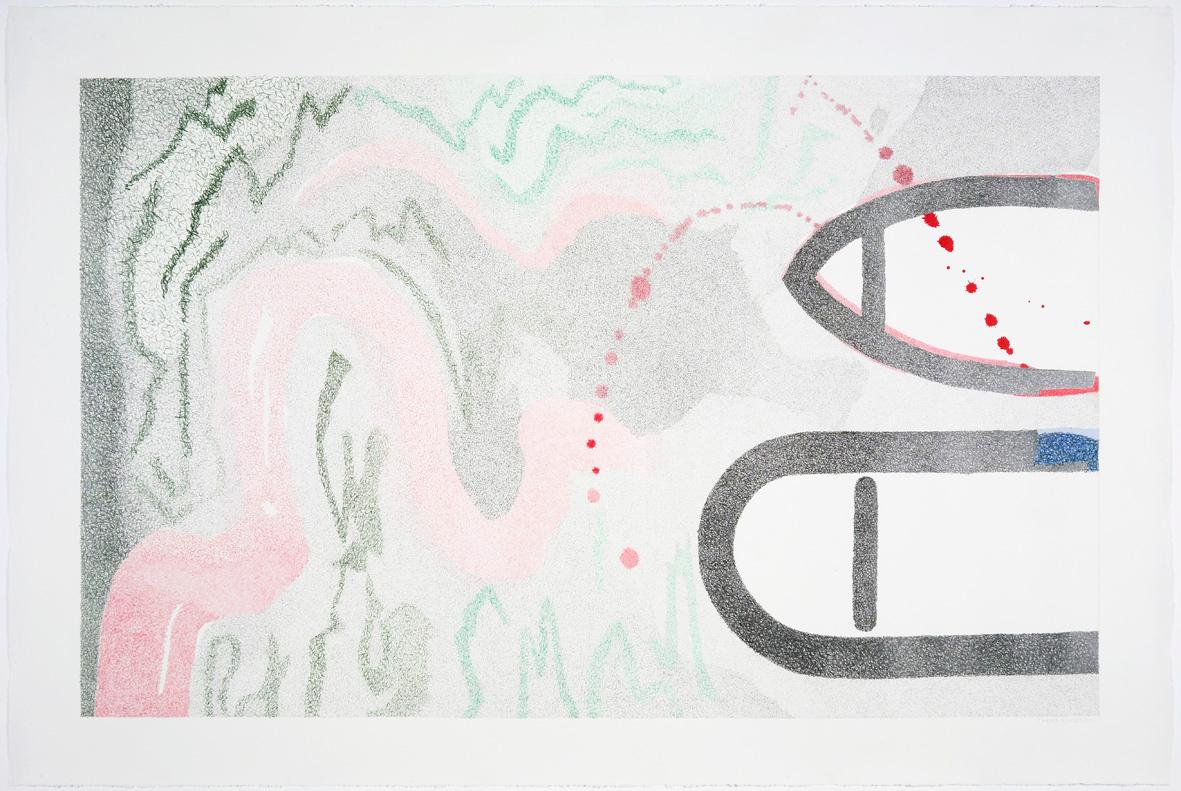 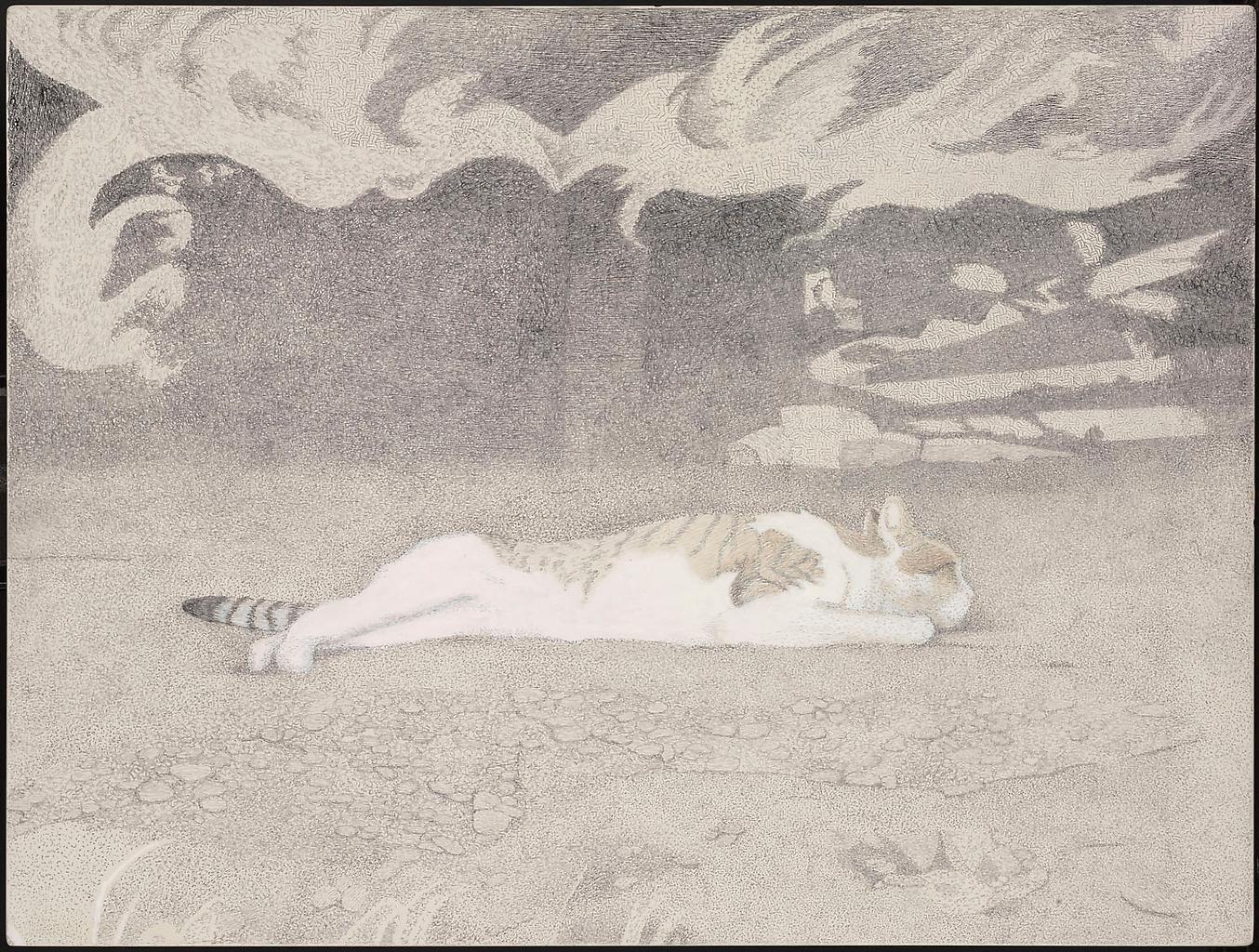 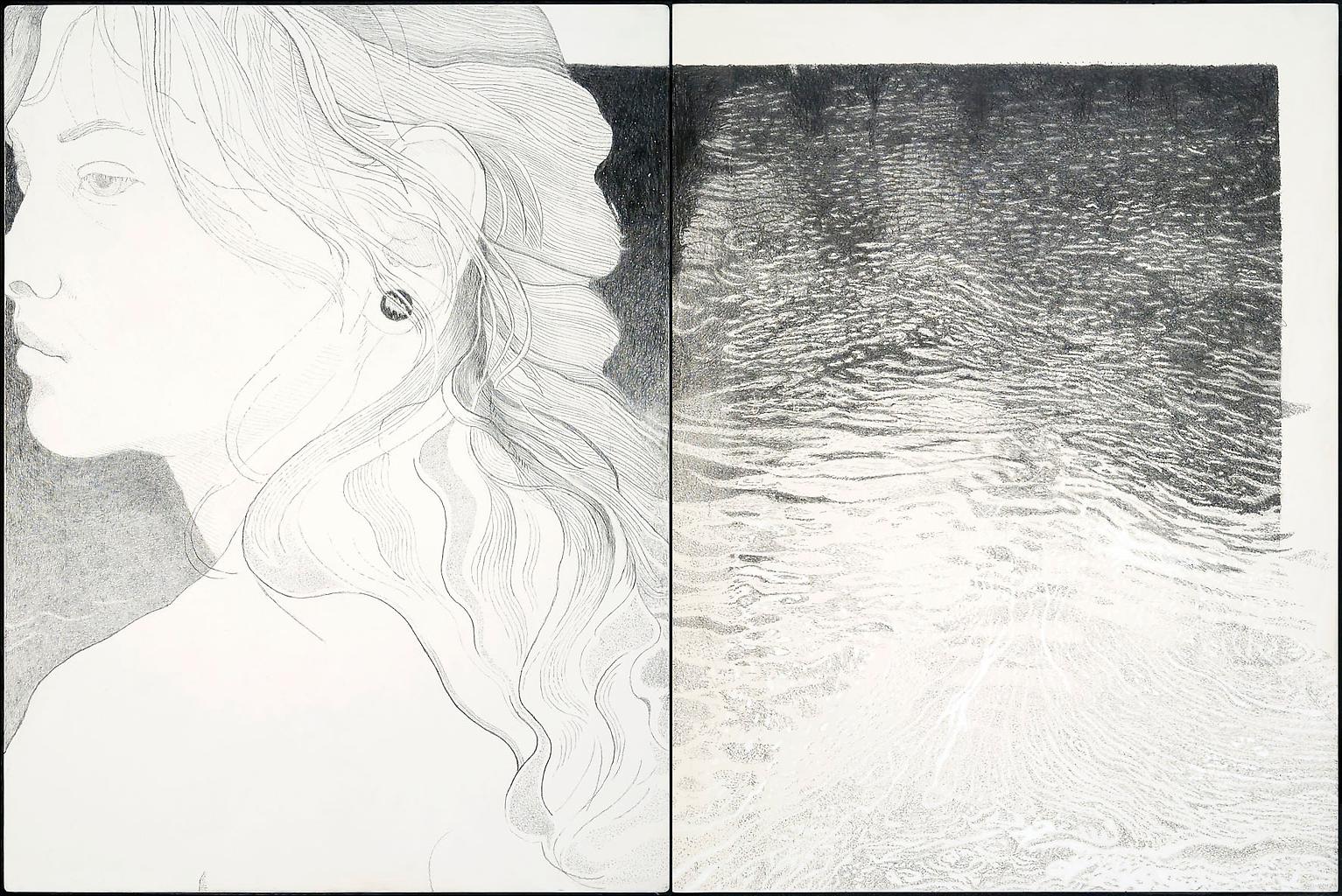 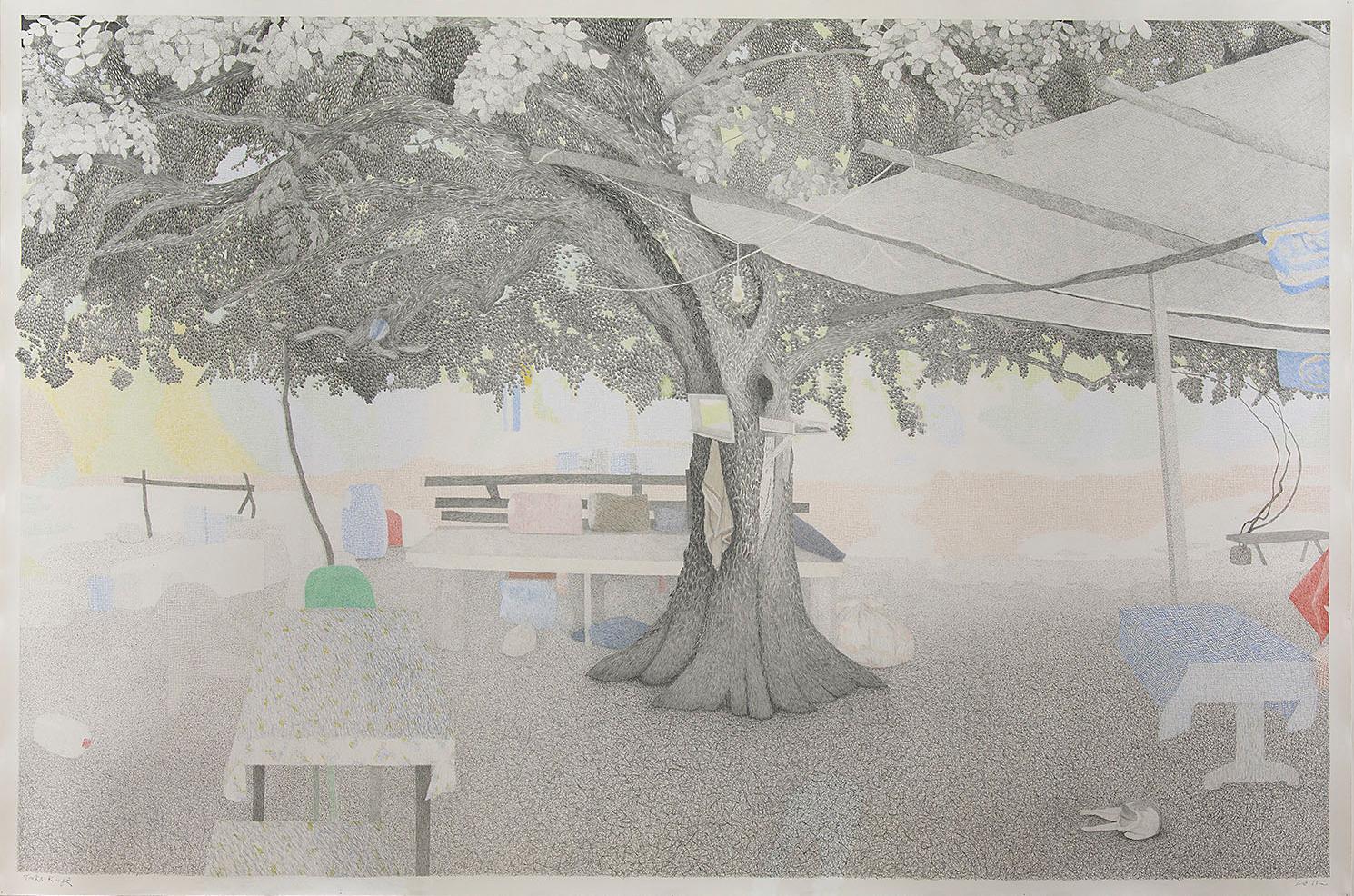 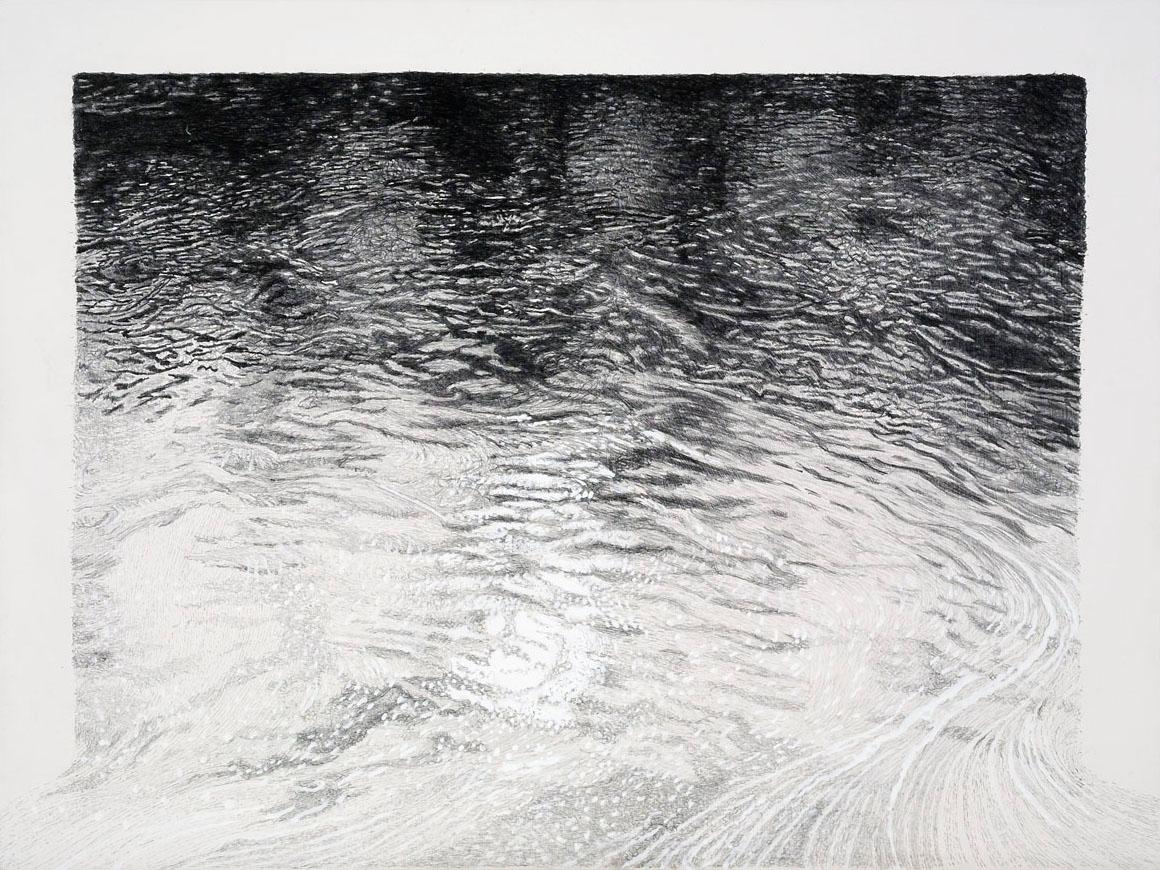 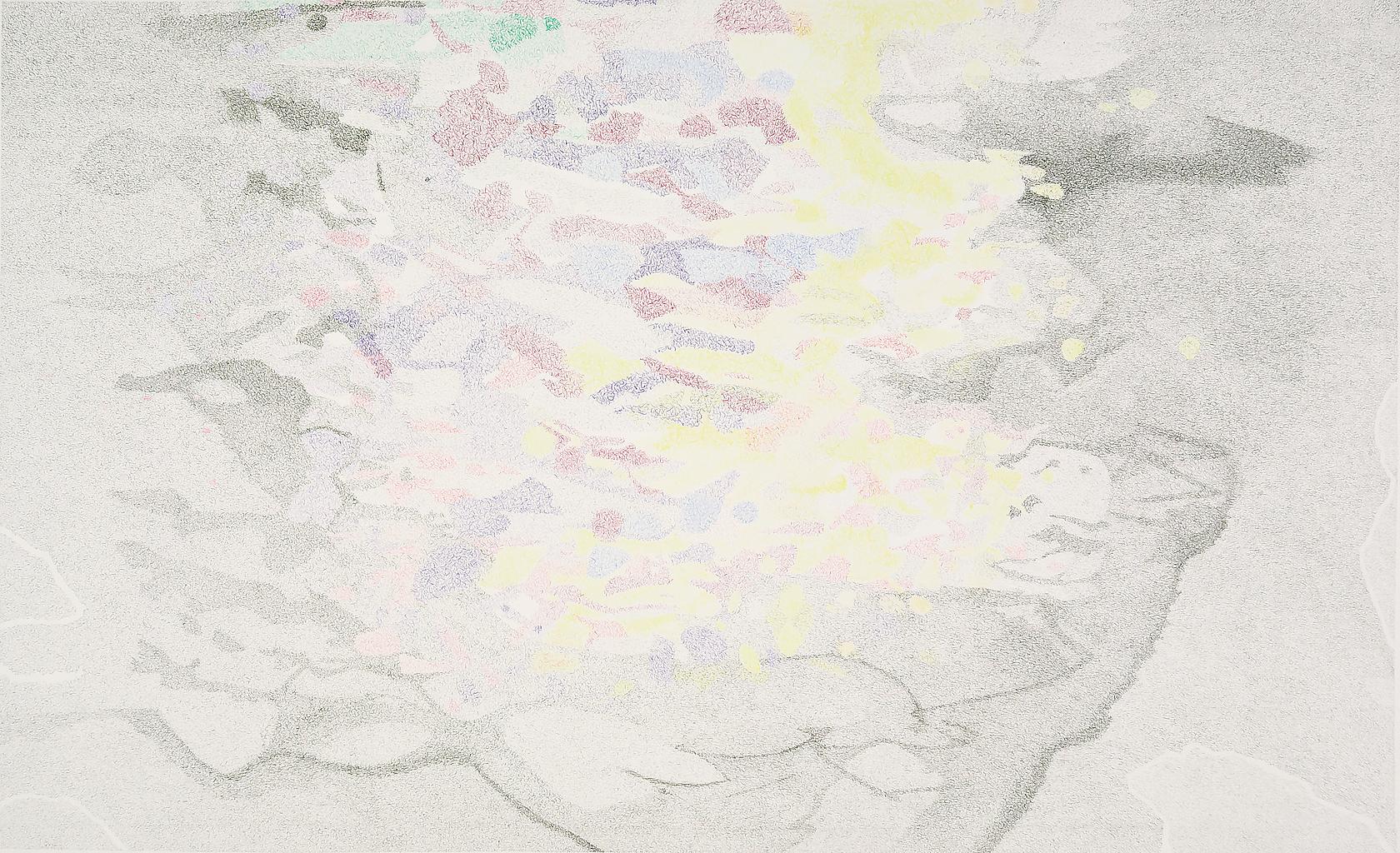 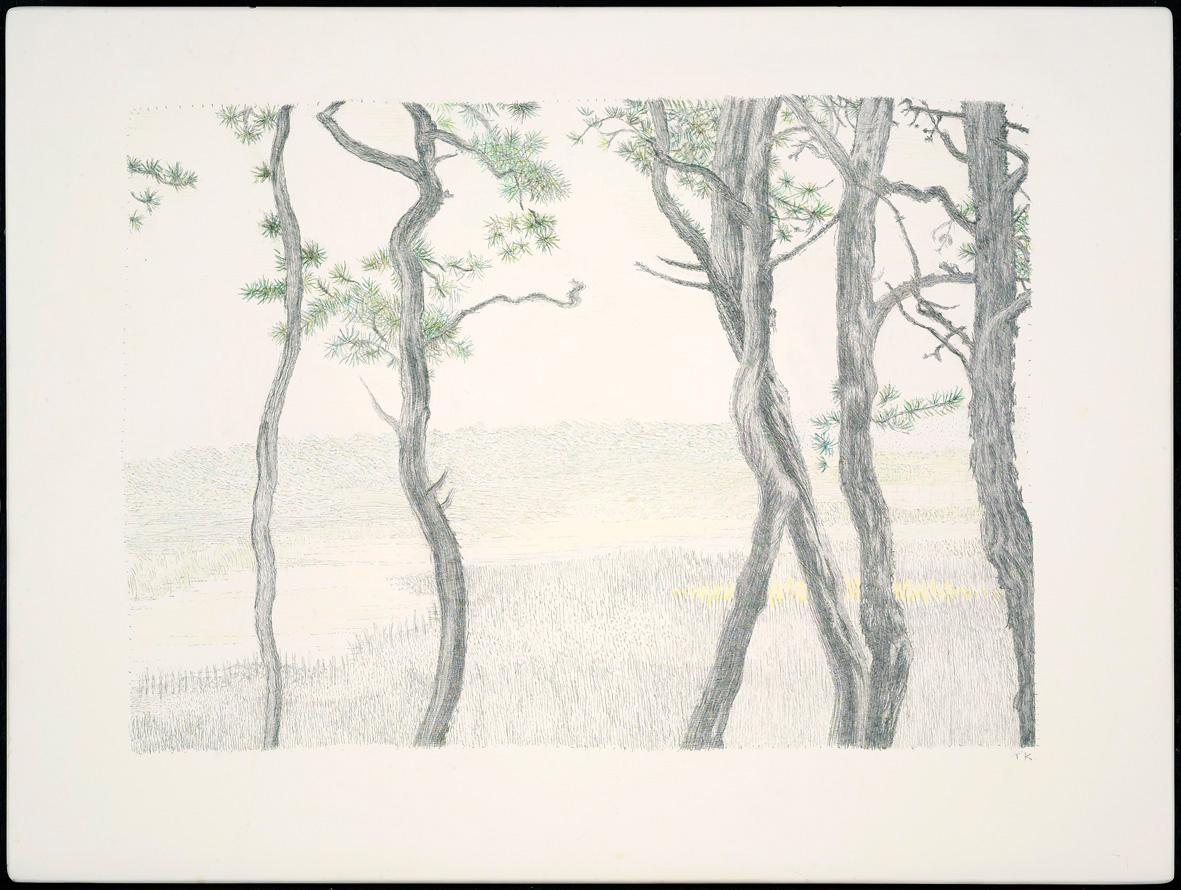 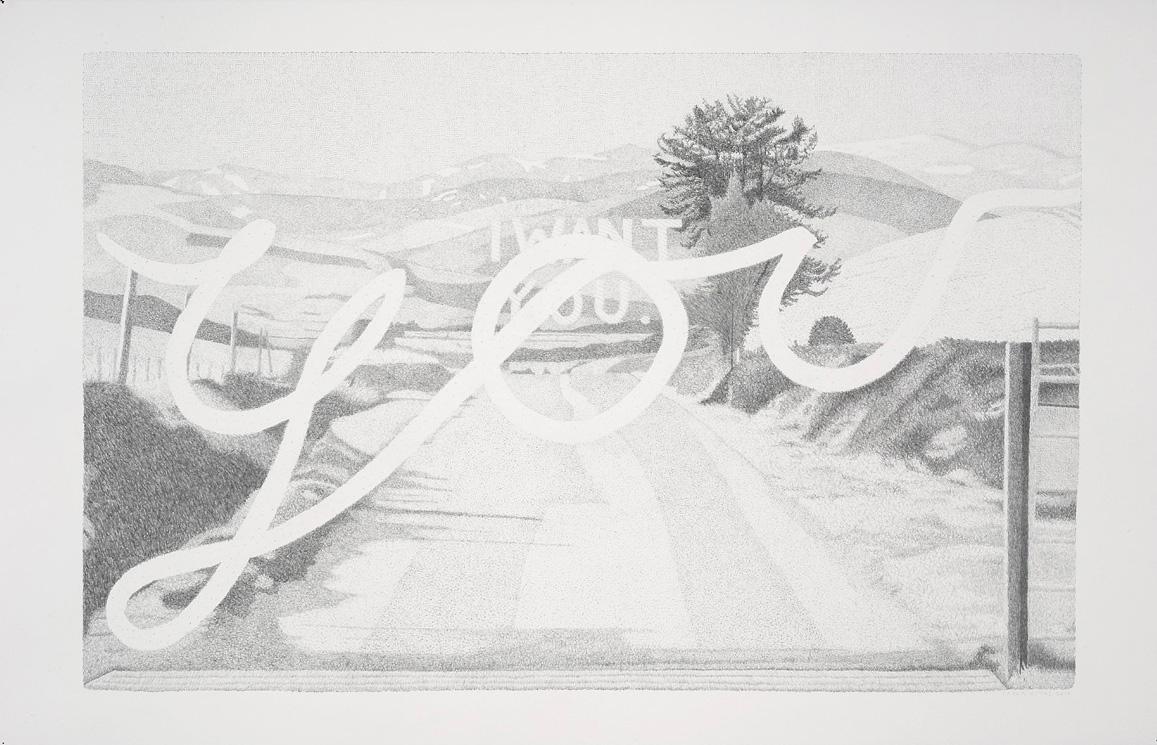 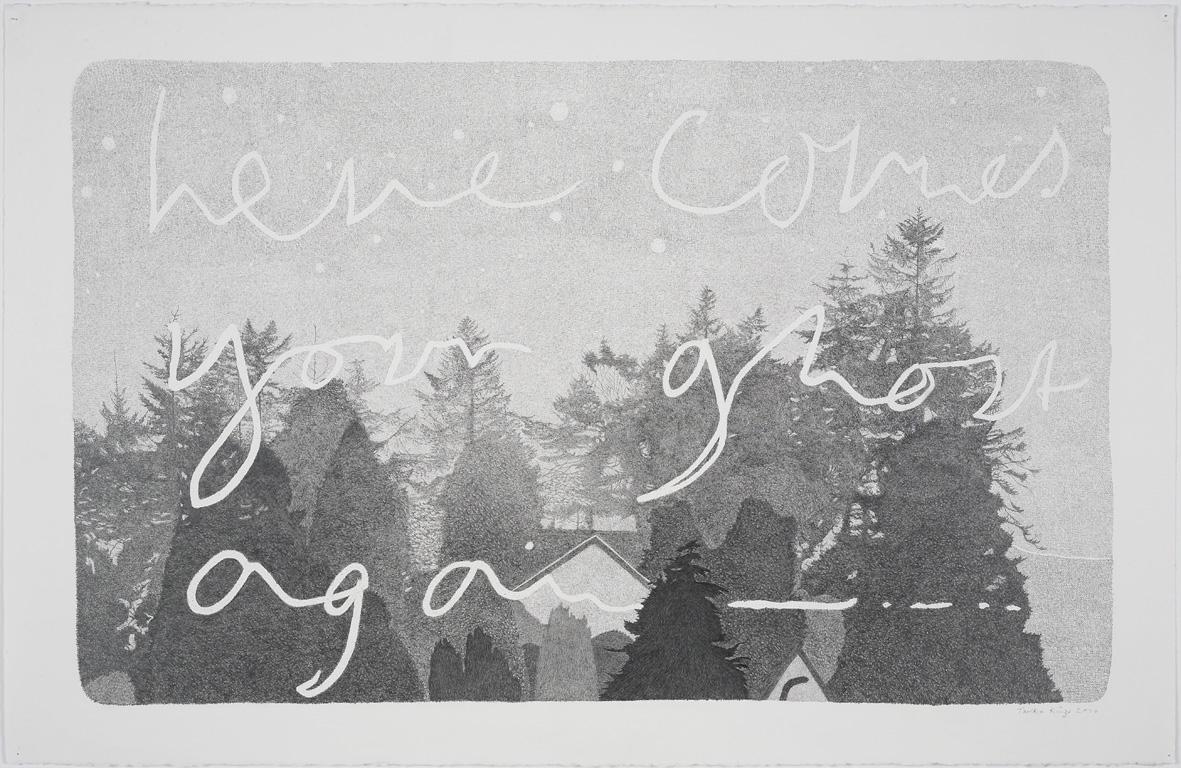 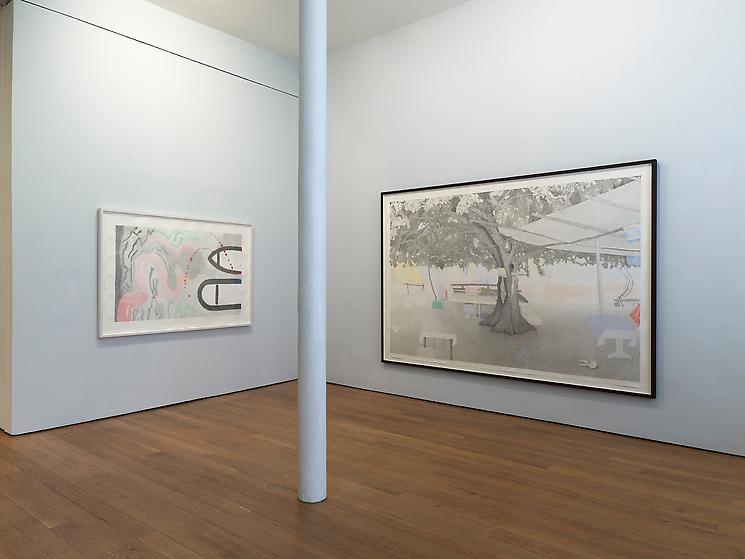 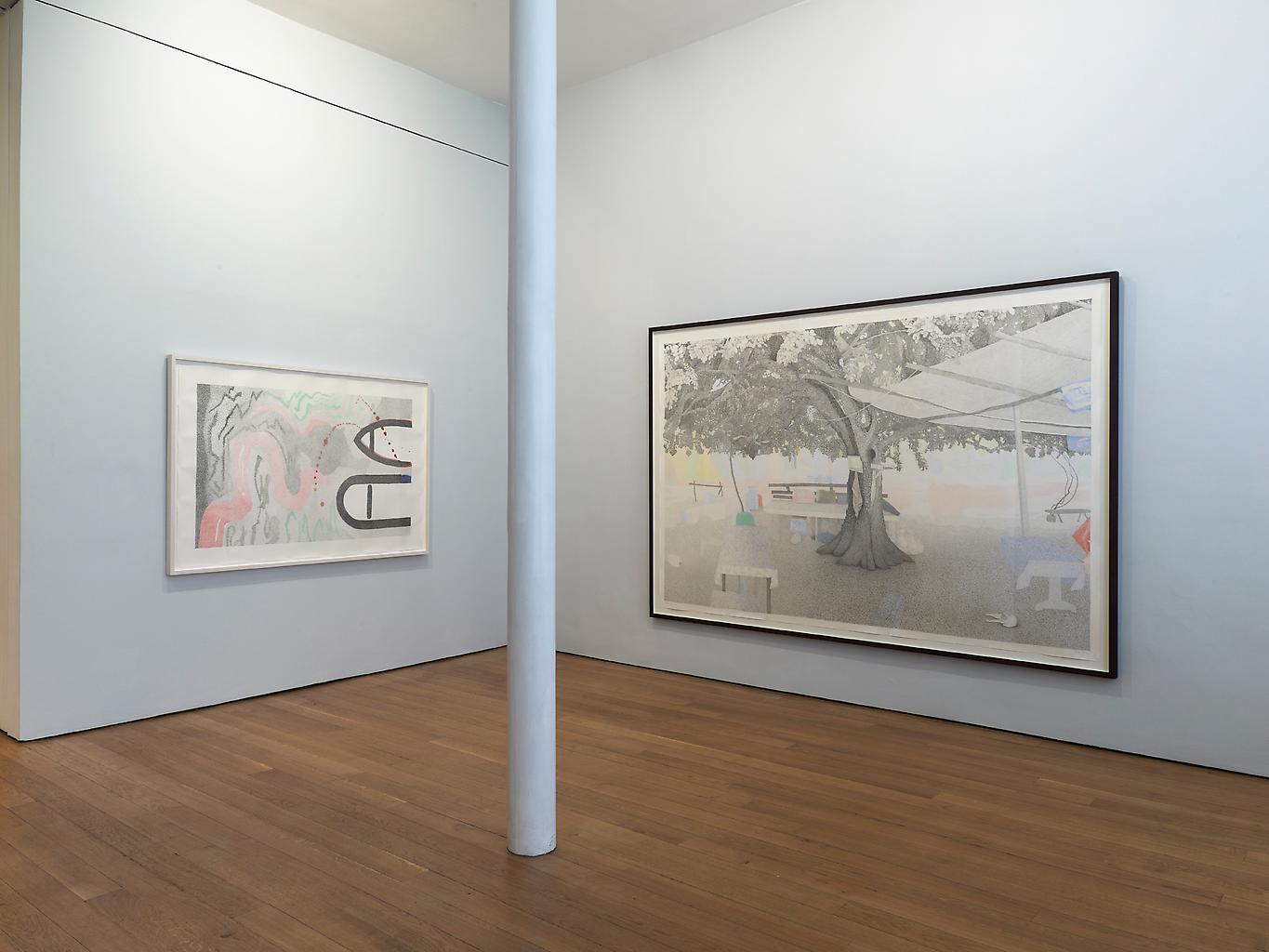 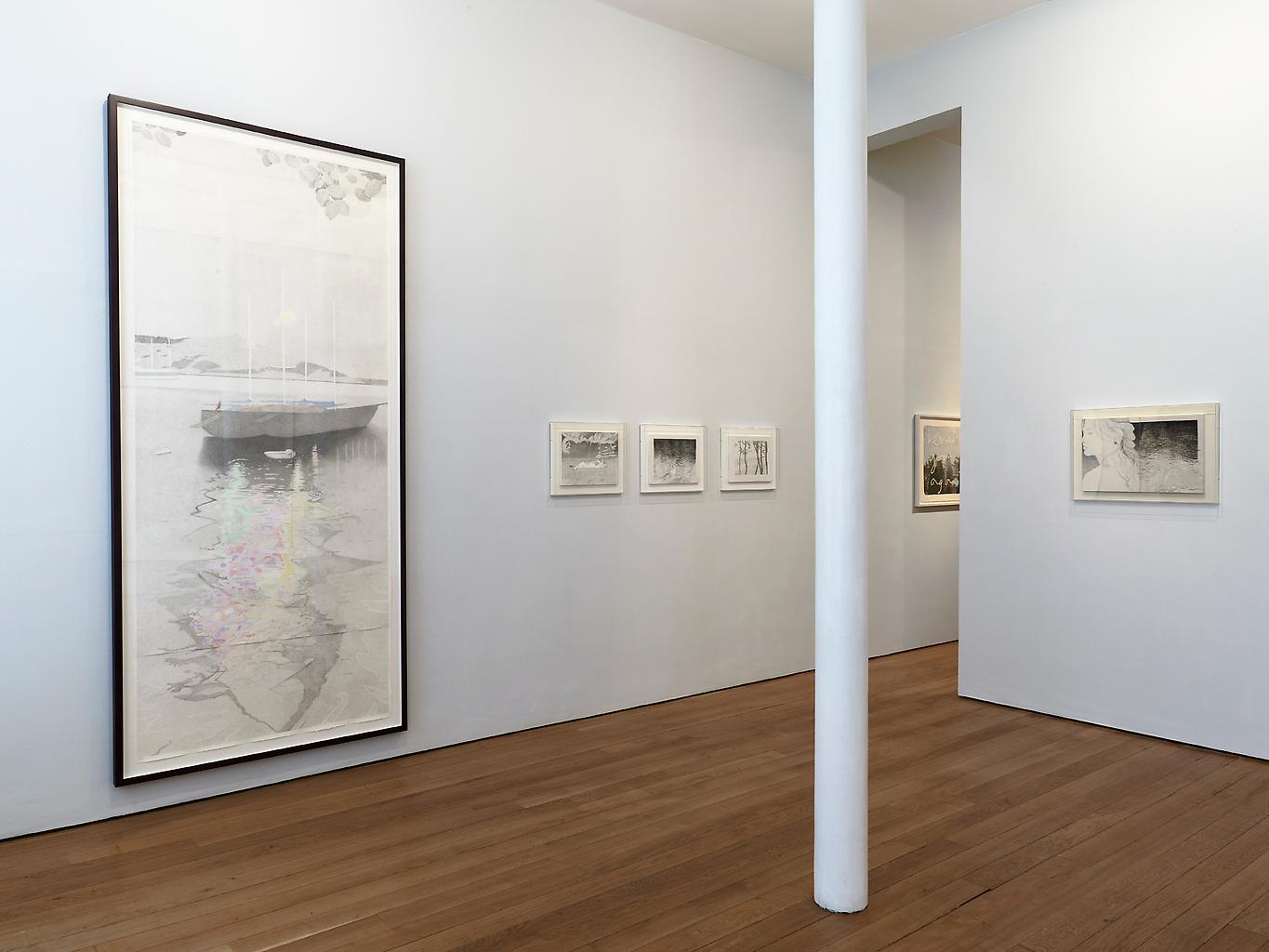 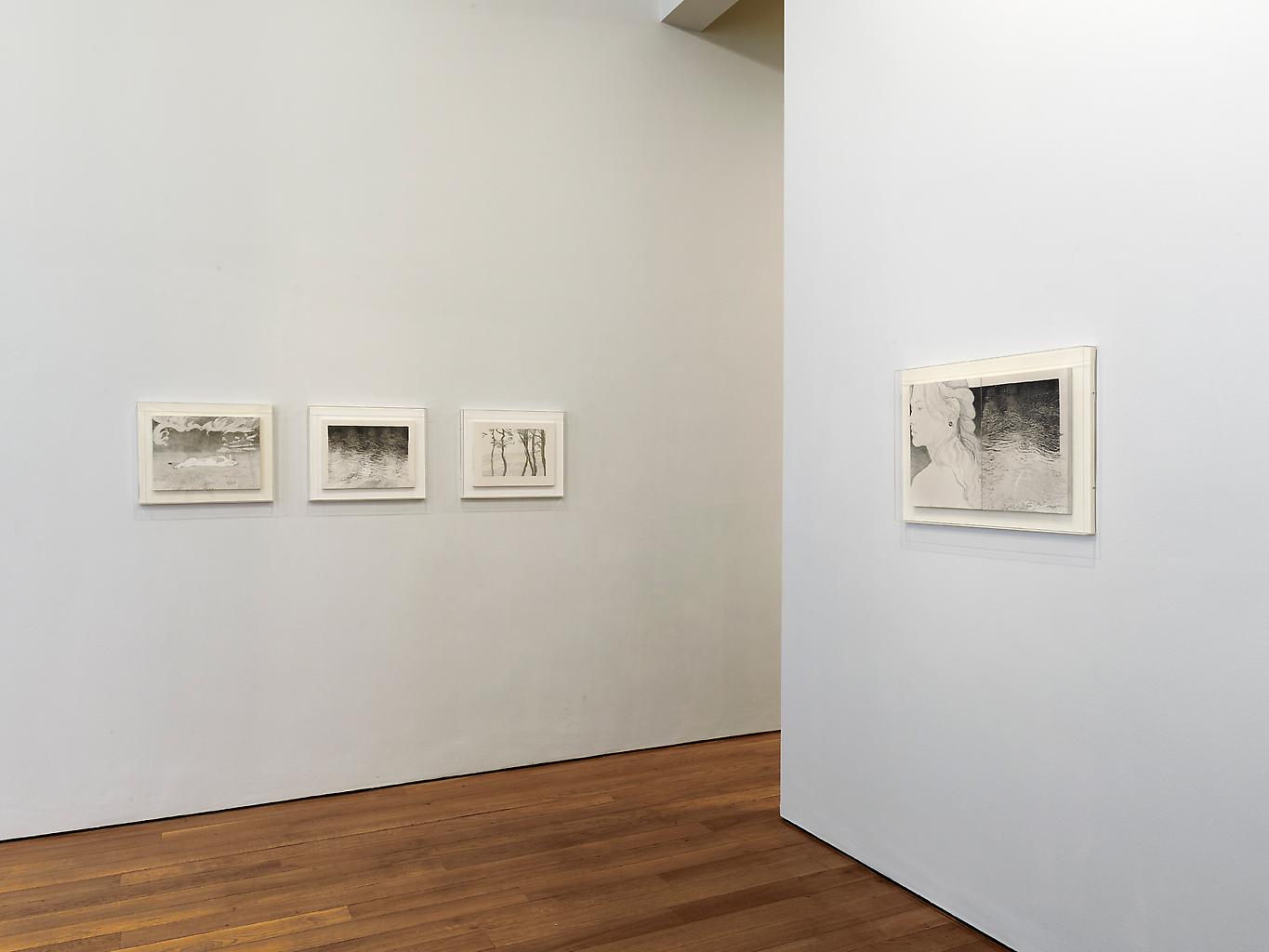 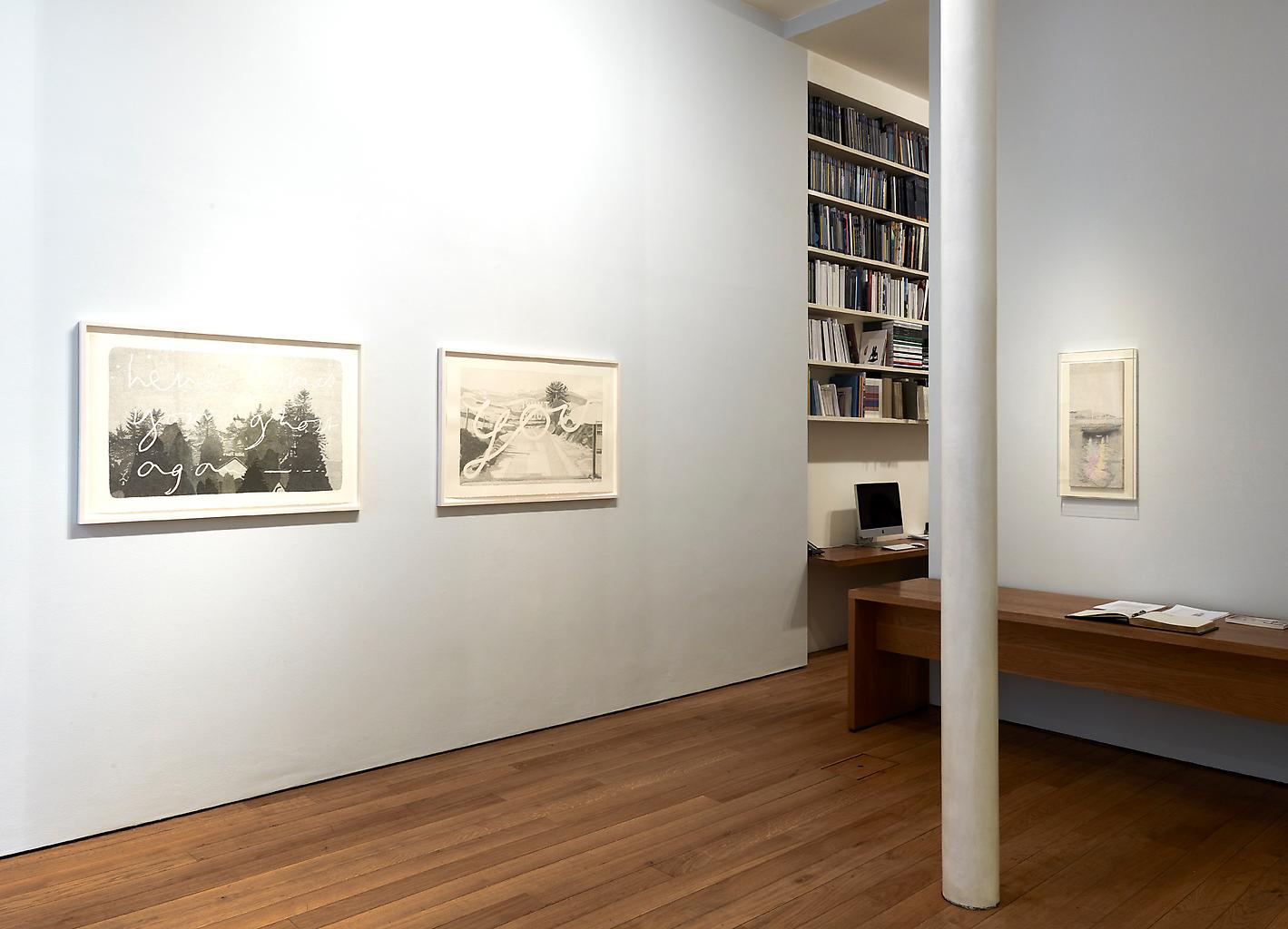 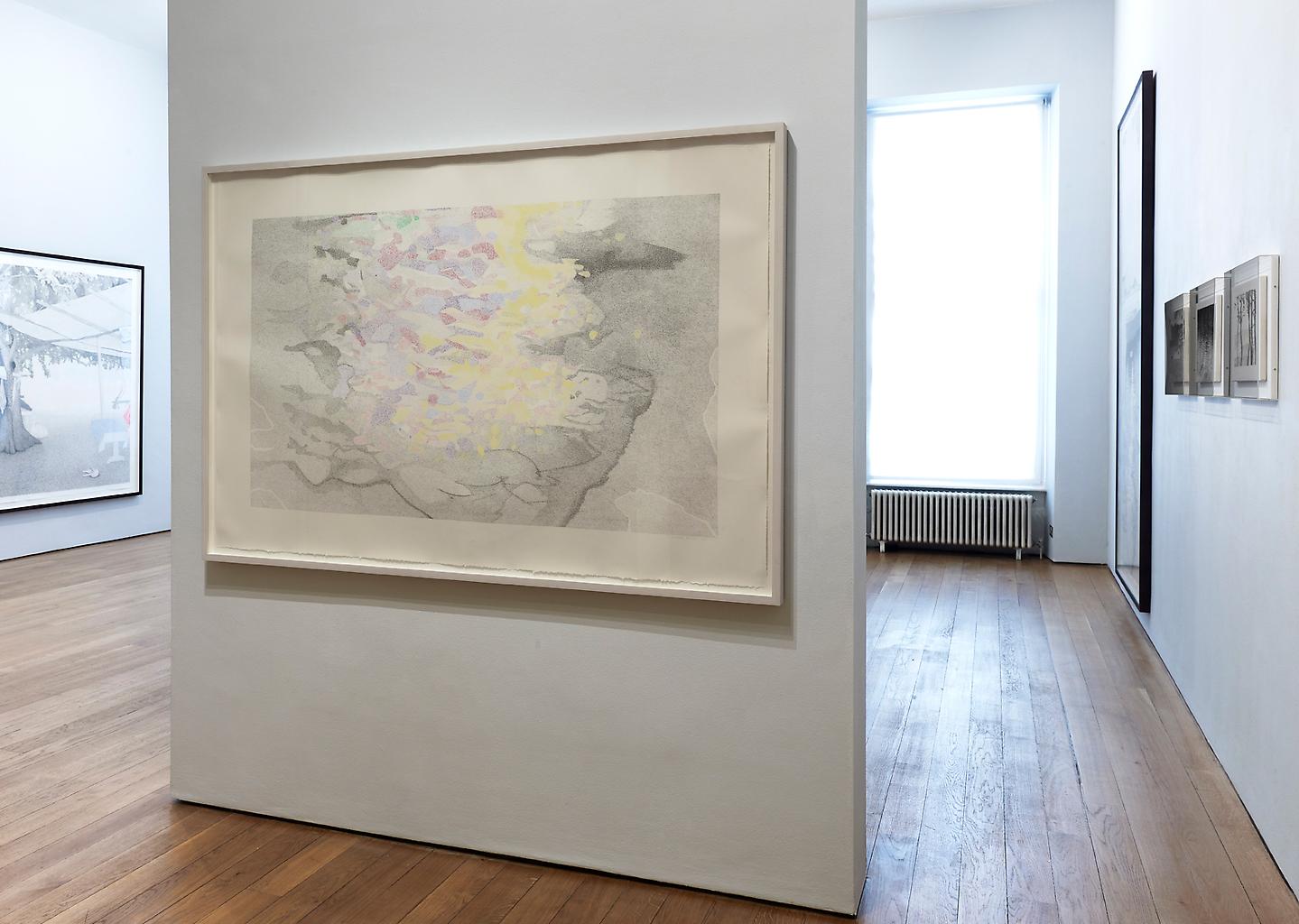 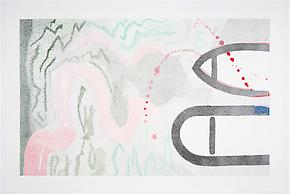 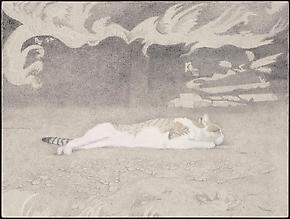 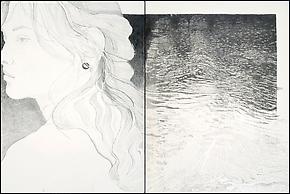 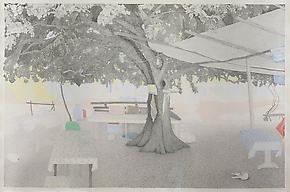 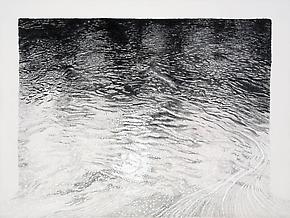 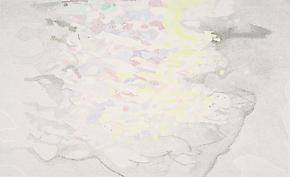 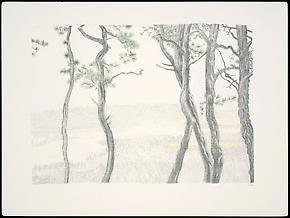 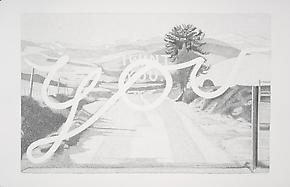 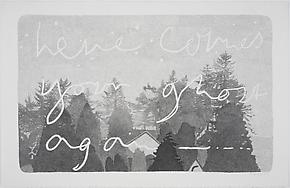 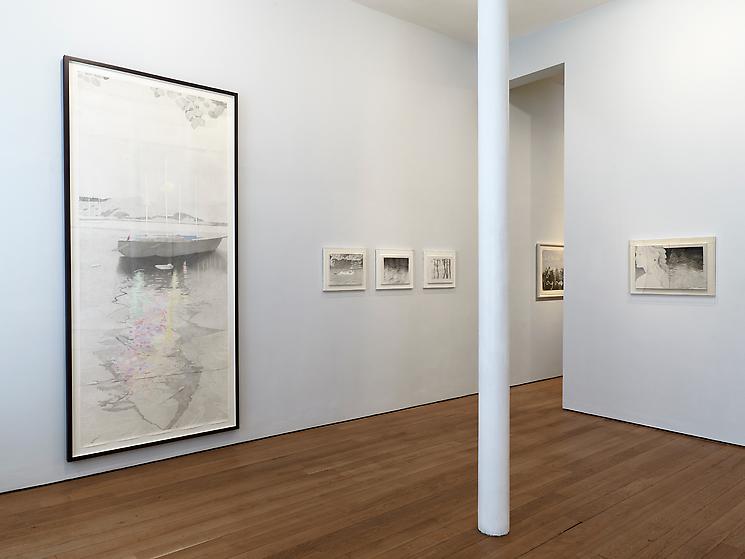 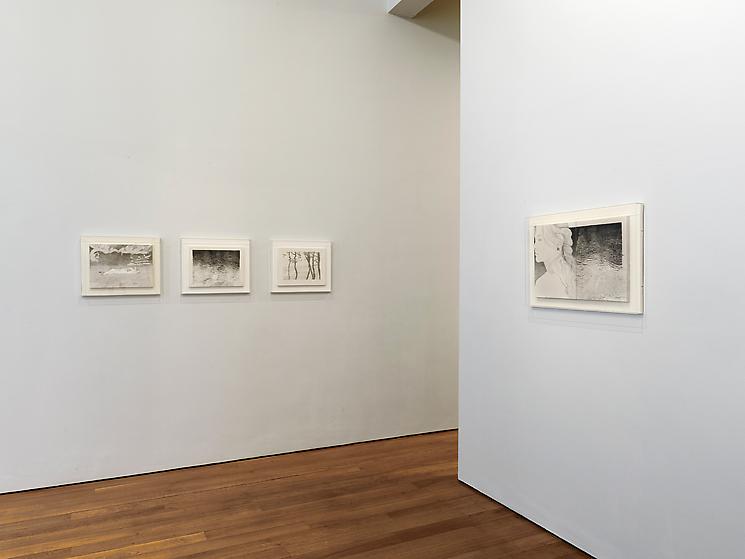 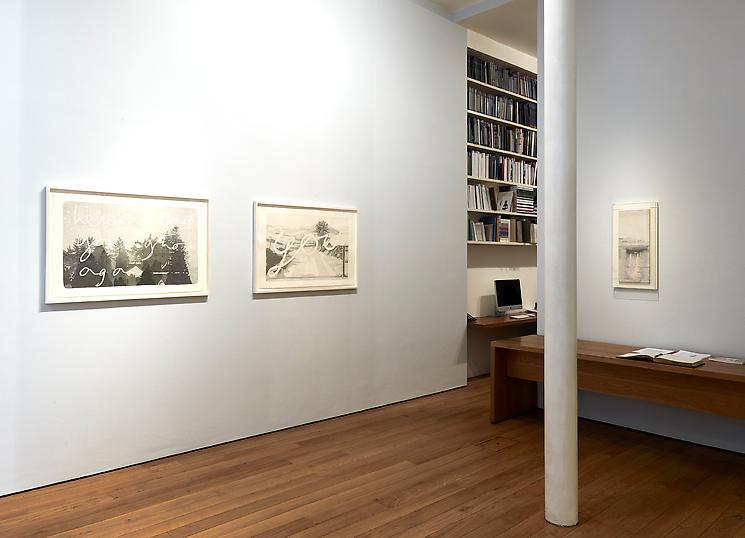 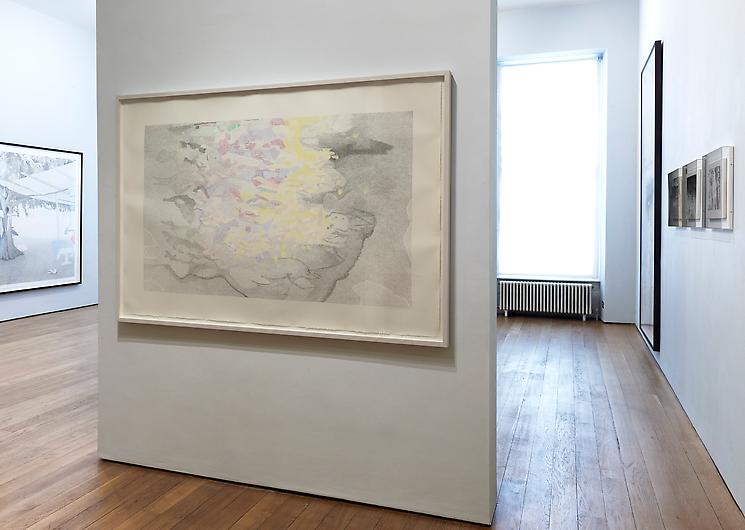 The show marks a new direction in Kings’ practice, comprising a series of highly-worked large-scale drawings that begin with a single scene or image and progress into a formal exploration of mark-making and patterning. Comprising subtle tonal shifts achieved through intensely detailed textures, the drawings embody a balance between restraint and emotion. Figureless scenes are imbued with tension through finely wrought surfaces, contrasts in medium and fragments of text.

Lingua Franca refers to the polyglot creole spoken on the Mediterranean trading routes, a unifying language derived from multiple sources. Thus the works demonstrate a diversity of imagery, influence and technique: I Want You and I Want You 2, both 2010, capture dramatic Scottish landscapes that seek to evoke the sublime in the tradition of Romanticist landscape painters, but subvert the idealising tendency of that tradition by including many mundane and contemporary aspects of the landscape – road signs, cattle grids and electric cables. Car Window (Homage to Thomas Bewick), 2010, similarly includes the overlooked and banal in a claustrophobic rural setting, but on closer inspection reveals a complex and obsessively textured process of mark-making, inspired by 18th Century wood engraver Thomas Bewick and by Islamic calligraphic manuscripts. As in River, 2010, Kings explores Bewick’s formal ideas, playing with the traditional limits of the rectangular image.

Some works include text (Untitled, 2010) where emotions are etched into the landscape through phrases that are left out of, rather than written into the surface, and thus defined by their absence. Others create formal tension: although Kings’ scenes are rarely occupied, elements in the composition - trees, boats, or posts - stand in for human figures, as in Anchorage 2, 2010-11, where boats occupy the scene with the presence of actors, or the serene figures of Wellfleet Pines 2, 2010.